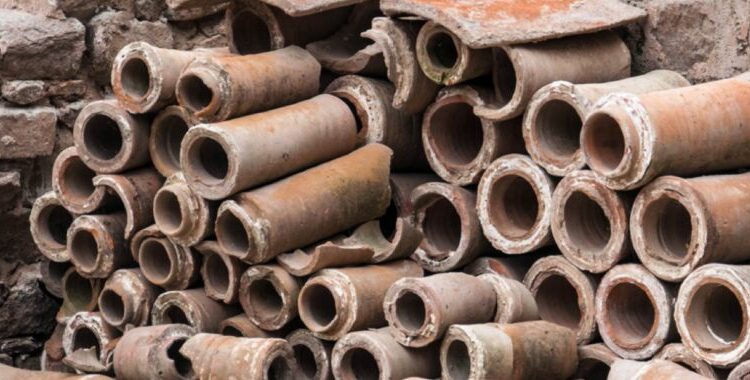 Did lead poisoning cause downfall of Roman Empire? The jury is still out

There are any number of factors that contribute to the demise of an entire civilization, like the collapse of the Roman Empire circa 476 AD. The empire’s slow decline is typically attributed to barbarian invasions, failed military campaigns, economic challenges, government corruption, and an over-reliance on slave labor, among other factors. But it’s also been suggested that the toxic effects of lead poisoning on increasingly erratic rulers may also have contribute to its demise—a debate that has been revisited in a new Reactions video from the American Chemical Society.

Lead has a number of properties that make it attractive for practical use. It’s cheap, widely available, corrosion resistant when exposed to air and water, has a low melting point, and is highly malleable, which means it’s easy to fashion into a wide range of products. But lead is also highly toxic if it finds its way into the human body, which is why we use it far less these days compared to even 100 years ago. Common symptoms of lead poisoning include anemia, nerve disorders, memory loss, inability to concentrate, and even infertility. Lead exposure may also be a factor in malaria, rickets, gout, and periodontal disease.

Since 1943, scientists have known that lead can have adverse effects on neurological development in children, leading to behavioral problems and lowered intelligence. That’s because it can easily replace calcium. Calcium is how neurons in the brain communicate, and if lead replaces it, there is either too little communication among neurons, or too much. This can cause erratic mood swings, or difficulty processing information, for instance.

As the Reactions video points out, the ancient Romans loved their lead. They used it in pipes, to line coffins, in their pots, and their utensils. They also used lead acetate as a sweetener, in an era where cane sugar and honey were quite scarce. They did have an abundance of grapes, and used to boil down the juice in their lead pots. Lead ions would leach into the juice and combine with the acetate from the grapes. The resulting syrup was very sweet and used in wines and a wide variety of foods. In fact, of the 450 recipes in a cookbook from that era (the Apicius cookbook), 100 called for those syrups. The Romans also loved their wine, with aristocrats consuming between 1 and 5 liters every day. Researchers who recreated some of the syrups found lead concentrations around 60 times higher than the EPA allows in public drinking water.

The current debate about lead poisoning’s potential role in the downfall of the Roman Empire dates back to a 1983 paper in the New England Journal of Medicine by Jerome Nriagu, who was studying the diets of Roman emperors between 30 BC and 220 AD. Nriagu noted that 19 of the 30 emperors showed a preference for “lead-tainted” food and wine, concluding many likely suffered from gout and lead-poisoning as a result.

Claudius, for instanced, is described as exhibiting “disturbed speech, weak limbs, an ungainly gait, tremor, fits of excessive and inappropriate laughter and unseemly angry, and he often slobbered.” Legend has it that Caligula once wished to appoint his horse, Incitatus, as a consul—although historians generally believe this was politically motivated gossip, or that Caligula intended it as a prank. Nero was said to mutilate people in the arena while dressed in animal skins.

But was lead poisoning the cause of all those symptoms, and hence the eventual collapse of the empire? Nriagu’s hypothesis earned the support of geochemist Clair Patterson, whose work convinced governments to ban lead in gasolines in 1975. But it was hotly disputed by others, most notably the classicist John Scarborough, who accused Nriagu of sloppy research. Nriagu in turn told the Washington Post in 2016 that Scarborough “knows nothing” about lead poisoning.

There have been many scientific papers in the ensuing decades looking at various aspects of the lead poisoning question. For instance, in 2014, French researchers studied how the lead pipes used in the Roman aqueducts might have contaminated the water consumed by ancient Romans. Specifically, they measured concentrations of lead isotopes in sediment from the Tiber River and Trajanic Harbor, and compared those levels to the amount of lead isotopes found in ancient Roman pipes.

While their estimates revealed that the water from those pipes could have had as much as 100 times lead than spring water from the region, the team nonetheless concluded that these concentrations weren’t likely to have caused serious health issues. The authors added that, in their opinion, Nriagu’s theory that lead poisoning led to the fall of the Roman empire had been largely debunked.

Of course, there could be other, just as likely factors for the legends surrounding the strange behavior and ailments of ancient Roman rulers, such as traumatic brain injuries, strokes, or tumors. But there is some evidence that lead poisoning was an issue for the ancient Romans, even if it didn’t directly contribute to the collapse of the empire. For instance, a 2010 study of dental enamel taken from more than 200 burials at 33 sites in Britain, Ireland, and Rome (circa the first to fourth centuries AD) found a marked increase in lead levels in the British samples, and a wide range of lead levels in the Roman enamel samples.

In a 2019 study, archaeologists examined several skeletons from London during the Roman era for signs of exposure to toxic levels of lead. The team sampled 30 thigh bones, as well as 70  bones from the Iron Age as a control. They found that the Iron Age skeletons contained just 0.3 to 2.9 micrograms of lead per gram, whereas the ones from the Roman empire had between 8 to 123 micrograms per gram. Those are sufficiently high levels to cause widespread health effects, including hypertension, fertility issues (and subsequent population decline), kidney disease, neural damage, gout, and so forth.

That said, according to archaeologist Janet Montgomery of the University of Durham, bone also absorbs lead and other metals from the soil, so it can be challenging to rule out post-burial contamination as a source for these higher levels of lead. “You do not know if the lead you are measuring [in bone] has accumulated from fairly low level exposure over a long time, or derives from one period of high exposure many years in the past, or something in between,” she told Chemistry World.

Archaeologist Kristina Killgrove, writing at Forbes, pointed out there were no lead coffins, or many lead grave goods, at these sites that could have contributed to this kind of contamination. But she did note that it’s unclear if skeletons of people who lived in Rome during the same period (as opposed to London) would also show high levels of lead, which requires additional study. “While the question of the effects of lead poisoning on the Roman Empire is far from settled, [this] research adds to the growing body of scientific data drawn from multiple sources that show human-created lead pollution was a serious problem two thousand years ago,” Killgrove concluded.

Warframe Cross Play and Cross Save (In Development) Announcement Trailer