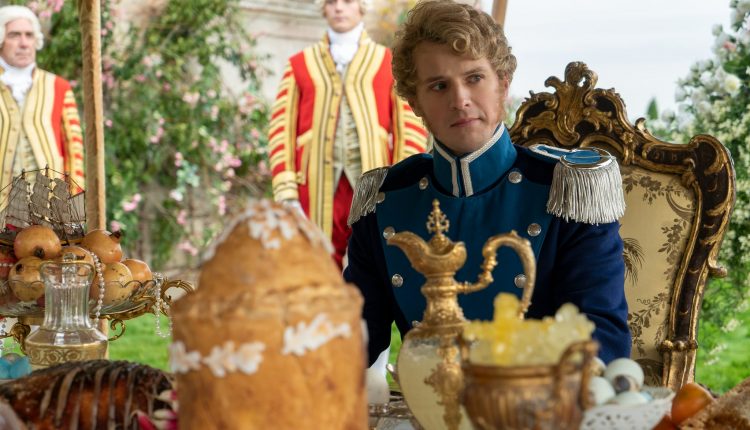 Bridgerton fans will be familiar with the character Prince Friedrich, nephew of Queen Charlotte and one of the most desired men at court.

Viewers have seen him try to attract Daphne Bridgerton but at the same time pretty sure they had seen him somewhere before.

Just days after it was unveiled that Bridgerton heart-throb Rege-Jean Page made a cameo as a wedding guest in Harry Potter and the Deathly Hallows – Part 1, it turns out Prince Friedrich actor Freddie Stroma has a Hogwarts connection too.

He was also a beast on the Quidditch pitch and often played dirty, like knocking Harry (Daniel Radcliffe) of his broomstick mid-match.

Freddie’s other acting credits also include TV series UnREAL and films The Inbetweeners 2 and Pitch Perfect as the abs-flashing Luke.

As well as Freddie and Rege-Jean, fans of Bridgerton also spotted another familiar face playing Violet the Dowager Viscountess Bridgerton.

Ruth Gemmell, who took on the role, also starred as Tracy Beaker’s mum, Carly, in Tracy Beaker: The Movie Of Me.

Rege-Jean meanwhile has quickly shot to the top of people’s wish list for the next James Bond.

He appeared to dismiss the idea of him playing 007 but admitted he was flattered that viewers saw him as contender.

‘I think the internet thinks a lot of things, and that’s one of the more pleasant ones’ he told The Tonight Show Starring Jimmy Fallon.

‘I think there might be an element of cultural translation to be done here. Like if you’re a Brit, and you do something of any kind of renown that people regard well, then people start saying the ‘B’ word.


MORE : Dawn French to take viewers behind-the-scenes in The Vicar of Dibley documentary