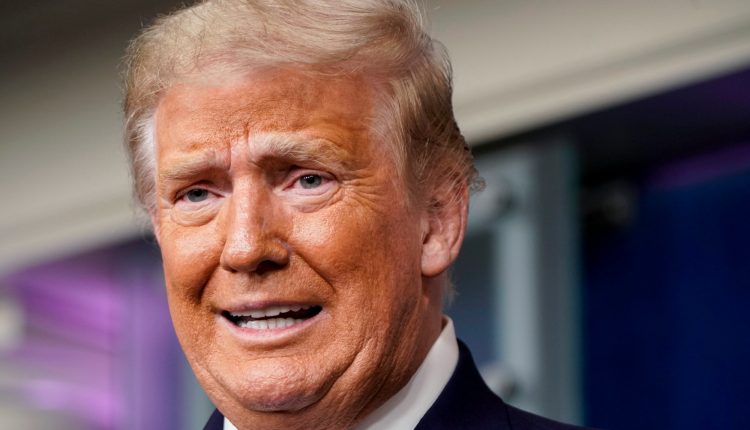 Donald Trump paid no federal income taxes in 10 of the 15 years before he became president, according to a bombshell New York Times report.

The tax records also reportedly show he’s carrying a total of $421 million in loans and debt that are mostly due within four years.

Most of Trump’s alleged debt comes from one of his golf resorts in Florida ($125 million) and his hotel in Washington ($160 million).

The president has long fought to keep his tax returns private, and dismissed the report as ‘totally fake news’ during a press briefing at the White House.

Trump, who became a household name as the billionaire host of reality TV show The Apprentice, has worked for decades to build an image of himself as a hugely successful businessman, even choosing ‘mogul’ as his Secret Service code name.

But the revelations threaten to unravel his appeal among working class American voters and provide a new opening for his Democratic rival, Joe Biden, in the crucial weeks before the presidential election in November.

The development also comes as Trump struggles to overcome criticism of his handling of coronavirus, which has claimed more than 200,000 lives in the US – significantly more than any other country.

While this devastating turn would finish off most politicians, Trump has a history of surviving scandal after scandal.

This most notably includes the stunning ‘Access Hollywood’ tape, where Trump was recorded bragging about kissing and groping women without their permission.

It came just two days before Trump was set to face Hillary Clinton in their second debate ahead of the 2016 election, and was considered a death knell to his campaign at the time.