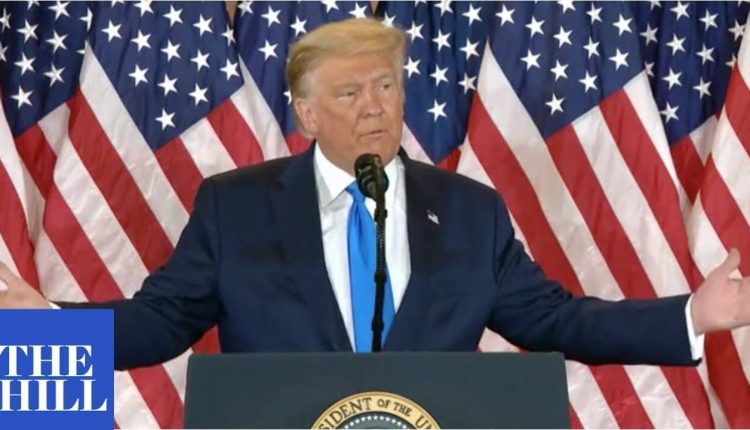 The Dow and broader U.S. stock market traded higher on Wednesday, as investors hoped that a delayed or contested U.S. presidential election outcome would be avoided and a clear winner would emerge on Tuesday night. Their hopes didn’t materialize. Trump falsely claimed victory even as votes were still being counted.

All of Wall Street’s major indexes traded higher Wednesday, led by tech stocks. The Dow Jones Industrial Average rose by as much as 270 points.

A measure of implied volatility known as the CBOE VIX plunged by 15% on Wednesday after surging to four-month highs last week. The so-called “fear index” reached an intraday low of 30.10 on a scale of 1-100, where 20 represents the historic average.

Investors were hoping that a clear U.S. election result would materialize quickly on Tuesday night, removing a key source of uncertainty in a tumultuous year. Their wish did not come true.

The key races that could determine who gets to the White House are still too close to call, including Georgia, Pennsylvania, Wisconsin, and Michigan. In some places, it could take days for all votes to be counted.

President Donald Trump tried to claim victory and demanded the Supreme Court to stop counting votes even though millions of legitimate votes have yet to be counted. Watch the video below to hear Trump claiming victory:

There Is No Blue Wave

Wall Street has bet former Vice President Joe Biden will win the White House and Democrats will take control of the Senate, paving the way for a generous stimulus package.

Biden could still win but there is no “blue wave” as many investors were expecting.

The biggest concern on Wall Street has been a contested election that takes days or weeks to resolve. This risk has not disappeared. Credit Suisse warns the country may not have a definitive answer on whether President Donald Trump or Biden won until Friday.

Analysts warn that a delayed outcome would hamper Washington’s ability to pass additional fiscal stimulus amid an increase in Covid-19 cases. More relief from the U.S. government is essential to keep the economic recovery on track.