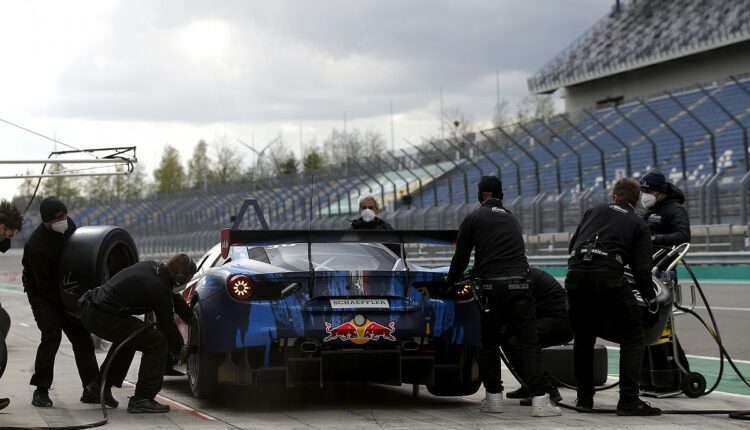 BP-owned fuel and petrol station brand Aral had been the DTM’s official supplier and sponsor since 2005, but chose not to renew its contract with the series in 2021 as part of its withdrawal from all motorsport activities featuring combustion engines.

That left the DTM to search for a new fuel supplier, with the matter complicated by the championship’s desire to switch to e-fuels in order to become fully carbon-neutral by 2030.

“We continue to work with the internal combustion engine, but soon hope to have synthetic fuel,” said ITR chief Gerhard Berger.

ExxonMobil could have been the ideal fit for the DTM, given its expertise in e-fuels. The American oil and gas giant has already developed a mainly bio-based Esso fuel for the Porsche Supercup series this year and is aiming to introduce another variety of e-fuel in 2022 using hydrogen and oxygen molecules captured from air.

However, ExxonMobil has an exclusive contract with Porsche regarding their use, forcing the DTM to look elsewhere.

There are several smaller companies with the required expertise, but it would be much more expensive for them to produce synthetic fuel in small quantities, with a price of five euros per litre being quoted by insiders.

Synthetic fuel is also not available at petrol pumps, which means companies would be promoting a product they don’t sell to their consumers.

Could the DTM opt for Shell?

The DTM relied on conventional Super Plus fuel from Shell during its two pre-season tests at Hockenheim and the Lausitzring.

It was a temporary solution for the DTM as it evaluated all its options, but Shell now appears to be the most likely partner for the series.

However, a deal is yet to be signed between the two parties as the DTM has not given up on adopting synthetic fuels yet for its first season under GT3 regulations.

Should they come to an agreement, Shell would serve solely as a fuel supplier and not a sponsor as Aral did.