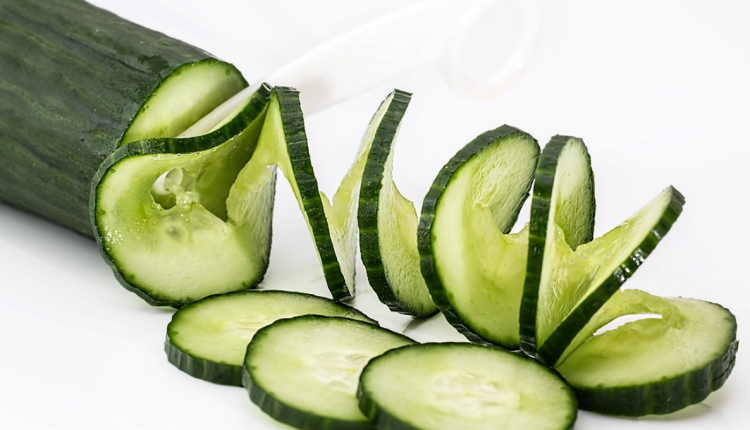 An E. coli O157 outbreak in the United Kingdom that affected 36 people has been linked to a fast food product containing imported cucumbers.

Investigations into the Shiga toxin-producing E. coli (STEC) outbreak this past year pointed to a certain fast food meal sold at one restaurant chain with contaminated cucumbers from the Netherlands.

Findings provide further evidence that salad items are an important vehicle of STEC outbreaks, said researchers in the International Journal of Infectious Diseases.

People fell sick from early to mid-August 2020 and investigations into the spike in reported infections began that month.

Hospital visits for a third of patients
Twenty-four patients were female. Sick people ranged between 13 and 60 years old and 27 lived across England, with 21 from two regions in the Midlands, and nine in Wales.

Clinical information for 33 people shows 13 were hospitalized and 25 had bloody diarrhea but there were no reports of Hemolytic Uremic Syndrome (HUS).

Trawling questionnaires were done with patients. A high proportion ate food from restaurants and/or takeaways, with several eating out multiple times in the seven days prior to their onset of symptoms.

One restaurant chain was mentioned by 23 people with 16 reporting consumption of a certain fast food product. In total, 27 said they had processed chicken, 23 mentioned lettuce and 17 said cucumber.

A total of 29 confirmed cases reported eating either cucumber in or out of the home or the fast food product which contained cucumber, chicken, lettuce and sauce. No patients said they ate another similar product at the same chain, which contained a different chicken type, bacon, lettuce, tomato and a different sauce, but no cucumber.

A total of 27 cases and 80 non-outbreak case comparisons were included in a case-case analysis. There was evidence of an association between consumption of raw vegetables, iceberg lettuce, the fast food product with cucumbers, Indian takeaways and several other food sites, and odds of infection.

A total of 25 patients and 85 controls were part of a case-control analysis. This indicated an association between outbreak cases and eating the fast food product with cucumber. Researchers found people who ate cucumber-containing items often didn’t report having eaten cucumber.

Suspected food recently put back on menu
Ingredients from the suspected fast food product were tested two days prior to the cucumber batch being discarded but no STEC contamination was detected.

Eleven samples from fast-food outlets and one retailer reported by a patient including shredded lettuce, cucumber and breaded/pre-cooked chicken tested negative for E. coli O157. As did loose supermarket peppers from the home of one patient.

The restaurant chain said that raw materials and finished product underwent regular microbiological testing and all product was negative. The implicated product had only been re-added to the menu in the week prior to outbreak detection as the chain had only been offering a limited menu due to COVID-19 restrictions.

Most implicated restaurants from the chain were supplied by one distribution center in the Midlands. The cucumber given to the restaurants via this site was grown in the Netherlands by a corporation of 11 growers and distributed to the UK and other European nations. Fifteen countries reported they had not seen recent increases in related E. coli strains.

The implicated fast food restaurant chain stopped using all cucumber growers identified on notification of the outbreak and removed all cucumbers from outlets supplied by the Midland’s distribution center. After this action no more illnesses were identified.

“Despite the food business operators (FBOs) testing for E. coli, it was not detected prior to, or during, this outbreak which questions the meaningfulness and utility of post-harvest/pre-supply testing; combined resistance to sharing adequate details of complex supply chains from FBOs limited and confounded traceback efforts,” said researchers.