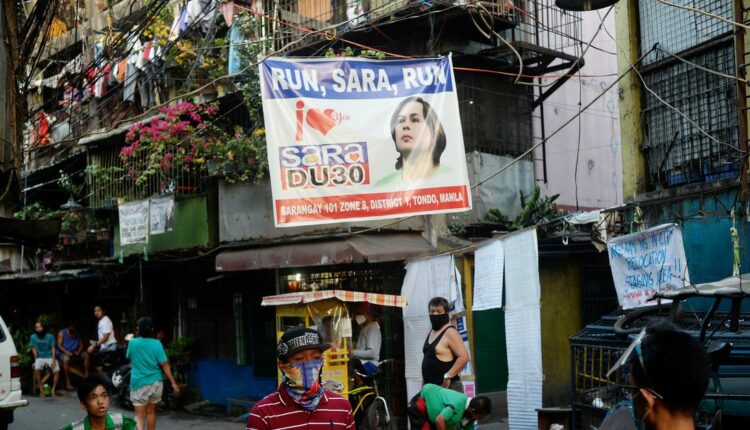 MANILA, Sept 16 (Reuters) – The daughter of Philippine President Rodrigo Duterte on Thursday said she would seek re-election as mayor of the southern city of Davao next year, despite growing calls for her to run for the presidency instead.

Sara Duterte-Carpio, 43, who replaced her father as mayor, has topped every opinion poll on preferred candidates for the presidency, for which only one term is allowed under the constitution.

“According to Mayor Sara, she will run for re-election as Davao City Mayor,” her spokesperson, Christina Frasco said in a text message, adding her youngest brother, Sebastian Duterte, would run as vice mayor.

The announcement is the latest in a series of mixed messages from Duterte-Carpio, which have ranged from declaring zero interest in the presidency to announcing names of top politicians approaching her with offers to be her running mate. read more

Duterte-Carpio, who is first lady in the Philippines due to her father’s annulled marriage, said last week she would not seek higher office. read more

Her latest announcement comes a day after judges at the International Criminal Court (ICC) approved the launching of an investigation into the president’s deadly war on drugs. read more

Political analysts say the stakes are higher than ever for Duterte, 76, to ensure a loyalist or family member succeeds him, to protect him from a possible indictment at home or abroad after he leaves office.

His government says it will not cooperate with the ICC probe. read more

His critics say his decision to run for vice president next year is also a self-preservation move. His office has rejected that, and Duterte says he wants to serve his people. read more

Are all USB-C to USB-A cables the same? We compare two $12 Amazon Basics cables

How to Intervene When a Manager Is Gaslighting Their Employees