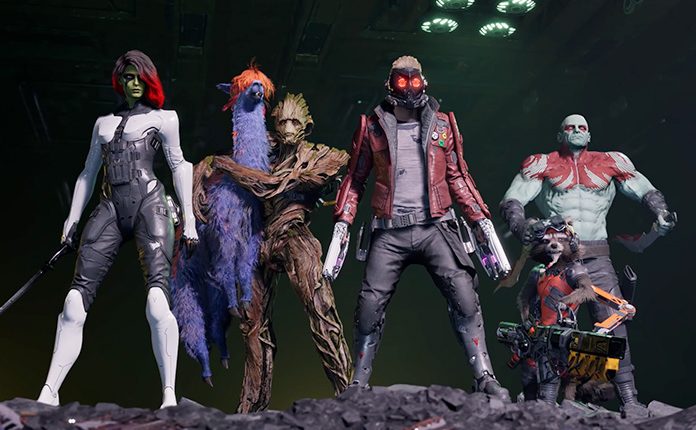 Following the flood of titles at the Xbox showcase, Square Enix’s event at this year’s E3 put a heavy focus on two big titles and a shorter glimpse at a handful of others.

Marvel’s Guardians of the Galaxy
As previously rumored, “Deus Ex” developers Eidos Montreal have been working on a single-player, third-person action-adventure game based on Marvel Comics’ “Guardians of the Galaxy” which is set for release October 26th on PS5, PS4, Xbox Series X|S and PC.

Fire up Star-Lord’s jet boots for a wild ride across the cosmos. With the unpredictable Guardians at your side, blast your way from one explosive situation to another, with original and iconic Marvel characters caught in a struggle for the fate of the universe.

Babylon’s Fall
A PC and PlayStation exclusive, this title from “NieR: Automata” developers PlatinumGames Inc. boasts fluid co-op-combat, powerful weapons and a unique art style. Expect spectral swords and high-flying action in the title which hasn’t set a date yet.

Jack and his allies, Ash and Jed, burn with resolve to defeat Chaos as they throw open the gates to the Chaos Shrine. Yet doubts remain – are they truly the Warriors of Light the prophecy foretold?

The new title is coming to PlayStation and Xbox consoles and PC sometime in 2022. A trial version will be available on PlayStation 5 until June 24th this year.

Marvel’s Avengers: War for Wakanda DLC
Black Panther must defend Wakanda from Klaw, who seeks to steal Vibranium for his own desires. This DLC pack for Crystal Dynamics’ “Marvel’s Avengers” hits August.

Hitman Sniper: The Shadows
This introduces a wholly original story set in the Hitman Universe. The game focuses on events following the disappearance of Agent 47 and follows the story of The Shadows, a group of highly skilled snipers where a new criminal network threatens global stability.

Life is Strange
Both award-winning games in the “Life is Strange” series so far have been remastered for a new edition with updated visuals across characters & environments. That arrives as a boxset on September 30th. There’s also a look at the latest entry “Life is Strange: True Colors” which arrives three weeks earlier on September 10th.

Euro 2020: Wijnaldum strikes to give Netherlands the lead