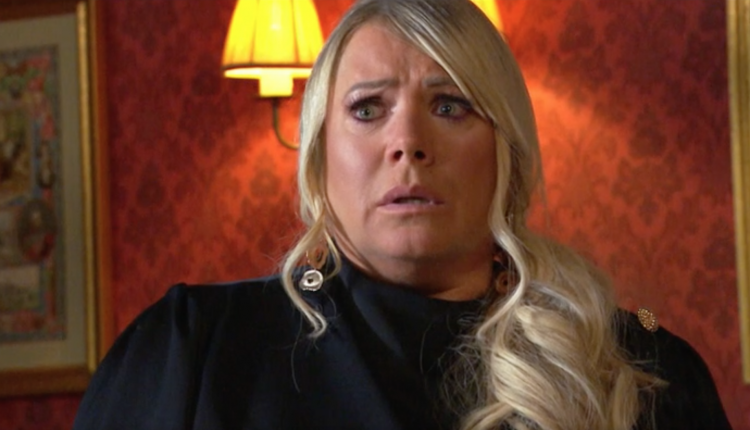 Ian is delighted to start anew when the soap returns to screens, and —with the police investigation into the boat crash having now concluded — Ther Queen Vic bust is now back in her rightful place on the bar.

However, his happiness is short-lived, as Sharon reels upon setting her sights on that very bust — as memories of the crash come flooding back.

She asks whether any of Denny’s belongings had been returned, and this question leaves Ian feeling terrible.

Meanwhile, Dotty’s (Milly Zero) court hearing — in regards to her arrest at Ruby’s, which viewers will remember was orchestrated by Ian — arrives.

Ian and Dotty came to an arrangement amid the hiatus, and the Queen Vic landlord changed his statement in return for Dotty’s silence about Denny.

However, Dotty is unable to keep shtum following another run-in with Ian, and therefore storms into The Vic and tells Sharon that Ian is the reason Dennis is dead.

Sharon reels in disbelief following the young woman’s revelation, as Ian attempts to defend himself.

The question is: who will Sharon believe?

With emotions running high, will Sharon come to realise that Dotty is telling the truth?

If so, will she lash out and attempt to exact revenge on Ian for what he’s done?

We know that actor Adam Woodyatt will be taking a break from the soap later this year, so could this revelation perhaps lead to Ian’s exit?

EastEnders returns Monday September 7 at 8.05pm on BBC One.