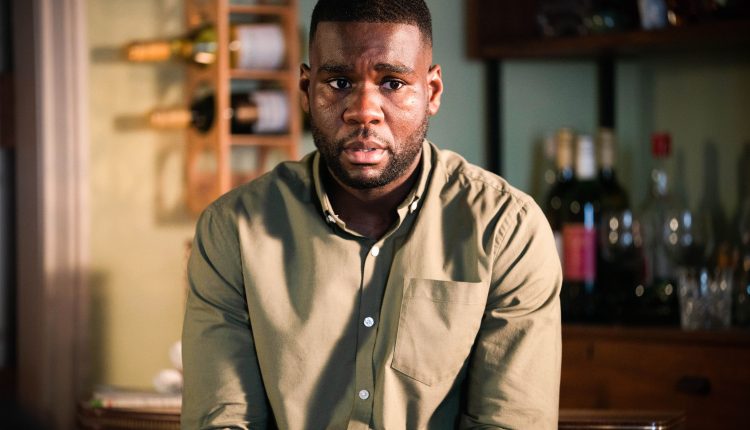 Isaac Baptiste’s (Steve Basuala) schizophrenia storyline took a worrying turn on tonight’s EastEnders when he was seen secretly washing his medication down the sink.

The local teacher made the shock move after a heart to heart with dad Patrick (Rudolph Walker) led to him growing increasingly doubtful about the diagnosis of his condition.

After Patrick was seen mentioning the similarities between him and his late son Paul, Isaac went on to mention to Lola (Danielle Harold) about his brother being a misunderstood man.

But, in a surprising leap of logic, Isaac then started to wonder whether him being diagnosed with schizophrenia had been a misunderstanding too.

Spotting medic Ash (Gurlaine Kaur Garcha) on the street, Issac started to quiz her about the likelihood of doctors getting things wrong, especially when it came to ethnic minorities.

At the time, Isaac was claiming that his interest in the issue was tied to Patrick’s plan to take part in a drugs trial. But it soon became clear that he was actually thinking about his own meds.

After returning home, Patrick gave Isaac further food for thought when he mentioned the importance of feeling comfortable in your own skin.

Heading into the kitchen, Isaac then committed himself to a very risky experiment when he ran the tap, broke open the contents of a blister pack of pills and swilled them down the plughole.

EastEnders continues on BBC One on Monday 26 April at 8.05pm.