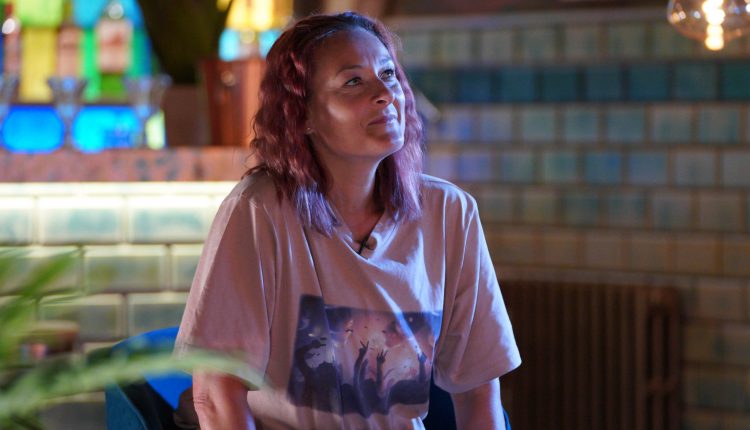 EastEnders star Luisa Bradshaw-White reveals that the Tina Carter role was created for her.

In scenes which viewers can see in Monday’s episode (August 24) of Secrets From The Square, the actress reveals how she came to land the role of Tina — in addition to how she had a part in creating her!

Luisa tells Stacey Dooley: ‘I was doing Holby here [at Elstree], and I left to have my kids.

‘And I decided I wanted to come back here. It’s near where I live, I love the studio. I did Grange Hill here for a lot of years as well. I thought I want to do a long-running drama so that I don’t have to be the actor that’s always out of work.

‘I got called to go in for a part, and when I read the breakdown, I was nothing like it.

‘So I sort of went in, and I just said: “Look, I know I’m not going to fit this, but I thought maybe you could find me another part?”

‘And I got on so well with Dom Treadwell-Collins — who was the exec — and we just sat there and sort of created a new part! It was Shirley’s sister, and they offered me the job.

EastEnders was forced to shut down production amid the pandemic, and remaining pre-lockdown episodes were rationed out in order to keep it on the air for as long as possible.

The final episode aired on June 16, and therefore the soap was forced to go off the air.

However, Secrets From The Square has been filling the Monday slot nicely, and it won’t be long until the serial drama is back on screens now that filming has resumed.

One to watch: Monday August 24 at 8pm on BBC One