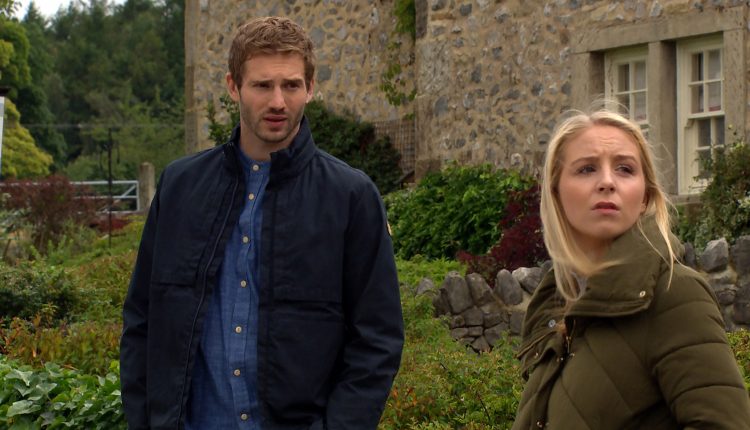 Jamie Tate (Alexander Lincoln) is determined to prove who’s boss in Emmerdale, and therefore he takes drastic action in order to do so.

Jamie has been enjoying a romance with Belle (Eden Taylor-Draper) in recent weeks, with Andrea (Anna Nightingale) out of the picture.

However, he’s got a new antagonist per se — or several, rather — in the form of the Dingle clan — all of who couldn’t be more displeased about Belle’s relationship with the young man.

Cain (Jeff Hordley) voiced his opinion on the matter in Monday’s episode (August 31) upon his return to the village, but Belle was having none of it.

In Wednesday’s episode (September 2), Jamie once again found himself in the middle of an argument with a member of Belle’s family — this time, it was Nate.

A fuming Nate railed at Jamie in regards to his arrogant attitude, and therefore he kicked his car mirror — which resulted in more animosity ensuing.

Unwilling to allow this to continue, he takes drastic action — firingSam on the spot.

A horrified Sam looks to Belle for support — hoping she’ll help him out, but in a shock twist, the young woman sides with her beau.

Later, she arrives at the Dingles’ place to collect her things and reveals that she’s moving in with Jamie.

Jamie’s actions — and Belle’s, for that matter — have torn the family apart, but is there any way back?


MORE : Why Emmerdale’s Mandy and Vinny lockdown episode is a two-hander triumph