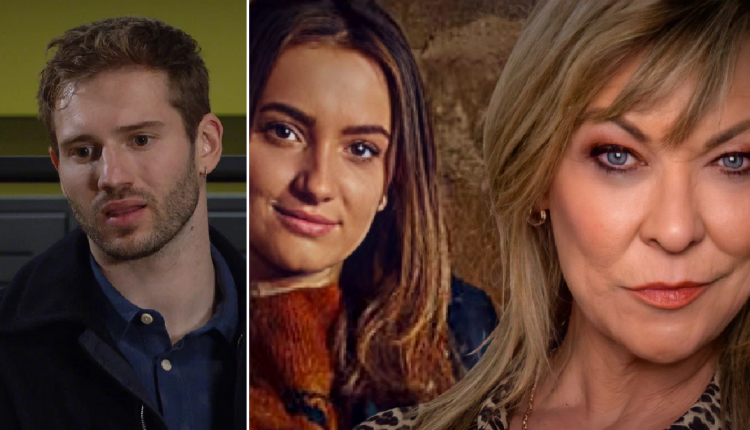 There’s one hell of a shock coming to Home Farm residents in Emmerdale after Gabby Thomas (Rosie Bentham) falls pregnant after an intimate night with Jamie (Alexander Lincoln) – leading to Kim Tate (Claire King) fearing for the future of her dynasty.

In coming weeks, Kim will give Gabby more of a role at Home Farm, seeing her as a potential protigee and Gabby is thrilled to be given some responsibility and purpose.

However, when Jamie comes into the picture, one thing leads to another – and Kim discovers there’s another heir heading into the Tate mix.

She certainly didn’t plan for this when she offered Gabby a job!

Emmerdale producer Sophie Roper told Metro.co.uk: ‘The pitter patter of tiny feet isn’t just for Tracy – we have another new arrival as Jamie learns that he is going to be a father for a second time after a night with Gabby.

‘As Kim discovers a new heir to the throne, a fight for power will ensue. Gabby will find herself at the centre – will she succumb to the temptations and manipulation at Home Farm?’

Oooft, anyone else getting a Westeros vibe? We can certainly see the similarities between Kim and Cersei Lannister!

Speaking about Gabby’s upcoming role, Rosie added: ‘Gabby has had her fair share of trouble over the past year, but if she’s hoping 2021 is going to be a more settled year, she can think again.

‘I’m excited that Gabby is at the heart of the village as she sets her sights on Home Farm and I can tell you this year is going to hold even more drama for Gabby than ever.’