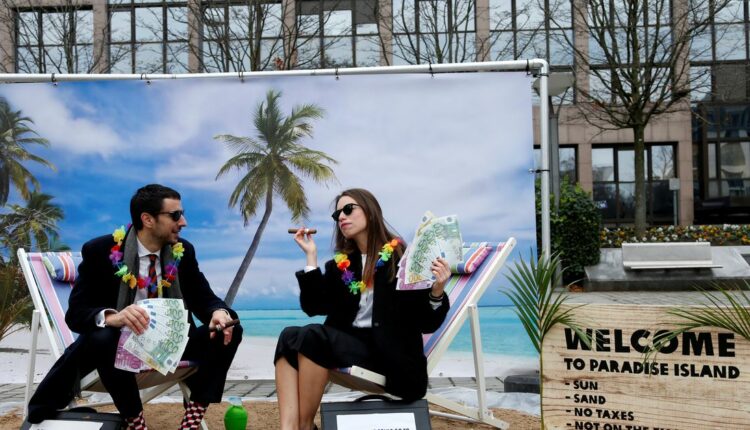 BRUSSELS, Sept 28 (Reuters) – European Union finance ministers are set to remove the Seychelles, Dominica and Anguilla from the bloc’s blacklist of tax havens next week, documents seen by Reuters indicate, while Panama has failed in its request to be delisted.

The list was established in 2017 to counter widespread tax evasion and tax avoidance, and has been updated periodically to remove or add jurisdictions depending on their tax reforms.

EU tax experts have recommended the delisting of the Caribbean island of Dominica, the British Caribbean territory of Anguilla and the Seychelles, mostly because they have committed to undergo a supplementary review of their tax systems with the Global Forum on Transparency and Exchange of Information for Tax Purposes, the leading international body on tax evasion, the documents show.

The three jurisdictions are expected to be moved to the EU’s “grey list” of countries that have shown commitment to tax reforms “pending the outcome of such supplementary review”, one EU document says.

The decision needs the approval of EU finance ministers at a meeting on Oct. 5. They usually rubber-stamp tax recommendations, but in this case one member state has expressed a reservation about one of the affected jurisdictions, one of the EU documents says, without elaborating.

The Seychelles has been widely described as a tax haven for its very favourable tax treatment of offshore companies.

However, EU experts recommended its delisting “following the resolution of the issue concerning harmful preferential tax regimes”, the document says.

Panama wrote to the EU asking to be removed from the blacklist, but “regrettably lacking a commitment to repeal or amend their harmful FSIE regime”, one EU document says. A foreign-source income exemption regime or FSIE exempts some foreign income from tax.

The draft conclusion of next week’s finance ministers’ meeting says Panama “has not resolved this issue yet”.

States that are blacklisted are subject to stricter controls on transactions with the EU.

Under the proposals seen by Reuters, no country will be added to the blacklist, and Turkey will remain in the “grey list” as it continues to oppose automatic exchange of tax information with EU member Cyprus.

If all the proposed changes are approved, the updated blacklist will comprise nine jurisdictions: American Samoa, Fiji, Guam, Palau, Panama, Samoa, Trinidad and Tobago, the U.S. Virgin Islands and Vanuatu.

End of furlough brings uncertainty for UK jobs and economy