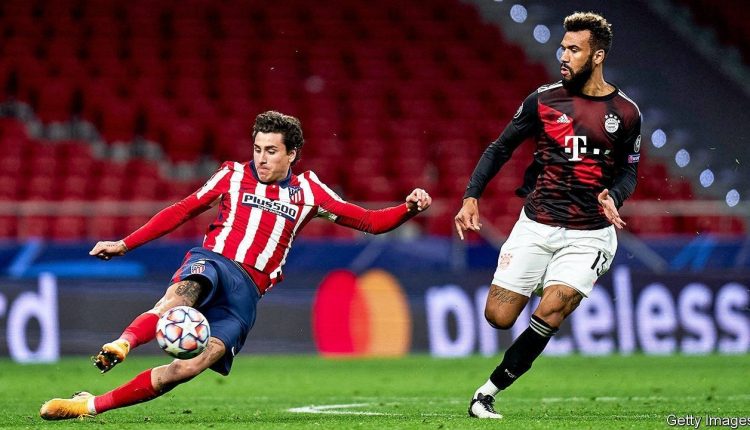 THEY HAVE already been dubbed the “dirty dozen”. On April 18th 12 of Europe’s best-known football clubs announced that they intended to form a breakaway “Super League”, an annual competition for the top teams in Europe—and so the world. It could kick off as soon as August. The boss of Europe’s football association, UEFA, declared the idea “a spit in the face of all football lovers”. Fans draped their clubs’ stadiums with banners condemning the plan.

The intensity of opposition to the idea means that the new league may struggle to go ahead in its proposed form. But it could yet lead to a compromise that is in the interests of both clubs and fans.

The plan is that each year 20 clubs would compete in a Europe-wide league. Fifteen “founding” clubs would be guaranteed a spot every year, with no threat of relegation. The remaining five places would be awarded competitively. The 12 clubs that have so far signed up comprise England’s “big six” (Arsenal, Chelsea, Liverpool, Manchester City, Manchester United and Tottenham), plus three from Spain (Barcelona, Atlético Madrid and Real Madrid) and three from Italy (AC Milan, Inter Milan and Juventus). JPMorgan Chase is reportedly stumping up more than €3bn ($3.6bn) to get the league off the ground. An equivalent women’s competition is planned “as soon as practicable”.

Such a league has been talked about since the 1980s. The Champions League, run by UEFA, allows relatively few chances for Europe’s great football clubs to meet. Barcelona and Bayern Munich, for instance, have faced each other fewer than a dozen times; both have been around for 121 years and organised European competitions date back to the 1950s. Big clashes bring in more viewers, and therefore more valuable broadcasting rights. What’s more, a league with only 20 members would mean each got a bigger slice of the pie than in the Champions League, which has room for 32 teams (and will soon take 36). A closed league offers the chance to agree limits on wages, as is common in America; the Super League says all founding clubs will sign up to a “spending framework”.

The biggest prize for clubs, however, is the idea of ending the risk of relegation. Unlike American clubs, European sides play in leagues where poor performance means demotion to a lower tier, and correspondingly less money from broadcasting deals. Several of the Super League’s founders have American owners, who look at the European system and say, “Why this insecurity? In America we don’t have that,” observes François Godard of Enders Analysis, a research firm. Removing relegation risk will make it much easier for clubs to borrow against their future earnings, he says. Shares of Manchester United rose by 7% and those of Juventus by 18% the day after the plans were announced. (Exor, which is a big shareholder in Juventus, also owns a stake in The Economist’s parent company; Andrea Agnelli, one of the architects of the Super League, sits on Exor’s board.)

Though an elite European league has been an ambition for years, covid-19 has provided the opportunity. Less money from ticket sales, broadcast rights and sponsorships, and delayed transfer payments, have pushed the big clubs to consider radical changes. And the pandemic has made it harder for the smaller teams to hold out against the changes. The Super League promises that it will share some of its revenues with teams in lowlier leagues. A financial stake in the new venture’s success could dissuade the lesser clubs’ owners from kicking up a fuss, says Stefan Szymanski, a football economist at the University of Michigan.

Existing leagues are predictably unhappy about the potential new rival. The dozen say they want to remain in domestic competitions, but could secede if that option becomes more lucrative. The Champions League and the big national leagues would be far less valuable without their biggest names. The English Premier League will soon be auctioning a new period of broadcasting rights; they will be worth much less until the Super League uncertainty is resolved, Mr Godard believes. Supporters are mostly unhappy, too. A snap poll by YouGov found that 79% of British football fans opposed the idea, 68% of them “strongly”. Among fans of clubs other than the “big six” opposition was stronger still. Many see the plans as greedy. Others consider the lack of relegation and promotion tantamount to cheating.

The league has other obstacles to overcome. Though it bills itself as pan-European, it currently has teams from only three countries—indeed, more than half of them come from just three cities. Germany’s big teams, which are mostly fan-controlled, are unlikely to sign up; Mr Godard doubts that the Qatari owners of Paris Saint-Germain, France’s reigning champions, will want to burn political bridges by getting involved. Super League teams may find it harder to sign star players if UEFA makes good on its promise to block them from playing in competitions like the World Cup. And governments are flexing their muscles: Britain’s minister for culture, media and sport declared: “We will put everything on the table to prevent this from happening. We are examining every option from governance reform to competition law, and mechanisms that allow football to take place.”

The most likely outcome may be some sort of compromise. That was the result in 1998, the last time the idea of an elite European competition was raised, after which UEFA responded by enlarging the Champions League. That would be no bad thing. “What the football authorities need to face up to is that there is something here that is desirable: to see the big clubs with the big stars play each other more often,” says Mr Szymanski. If they don’t provide it, someone will.