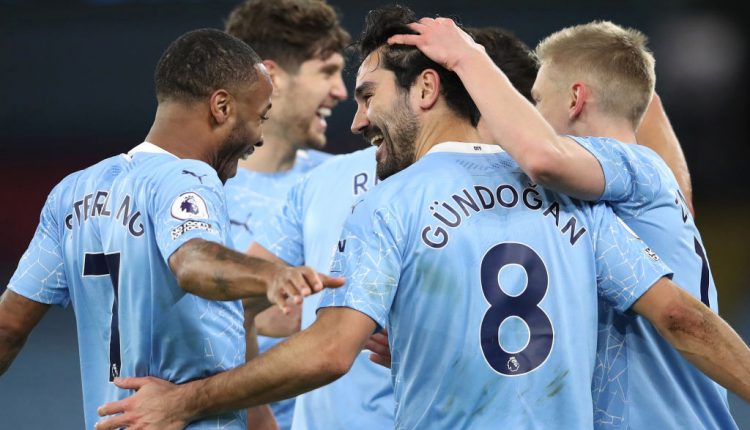 With the Premier League seemingly already in the bag, attention has turned to just how many trophies Manchester City will end up winning this season.

Given the huge confidence currently being expressed in Pep Guardiola’s men by onlookers in the wake of their 21-match unbeaten run, the projected total could run anywhere from the high teens to the low 40s. But, with the vagaries of the busy football calendar restricting the club to just four competitions, it looks like City will have to settle for the Quadruple.

A small achievement, admittedly, but one that no English club has managed in the 60 years since winning the league, FA Cup, League Cup and European Cup became a feasible goal, so the uniqueness of their haul of silverware should at least prove some consolation to Pep and his boys.

Forgive the sarcasm but, even allowing for the recency bias of City’s storming present form, the willingness of some pundits to predict they will pull off something never done before is simply absurd.

Will Manchester City win the league? Holding a 14-point lead with 11 games to go, almost certainly. The Carabao Cup? Definitely, they always do, and a final against Tottenham does not inspire confidence this year will be any different. But it is then that things start to looks a little harder.

Next to tick off the list is the FA Cup, with City three games from climbing the steps to Wembley’s Royal Box with smiles on their faces. First up is a sixth-round tie at Everton. Win that and they will be joined in the draw for the semi-finals by one of Manchester United and Leicester, with Chelsea also likely to be lurking. Could City beat them all and win the FA Cup? Obviously. Should they? Of course they should, they are playing miles better than anyone else in the competition. But last year they lost 2-0 in the semi-finals to an Arsenal team who finished 25 points below them in the league.

What should happen isn’t always what does happen. It’s why we watch. And in the Champions League, the last and highest hurdle in City’s season — a title they have never won at all, let alone while successfully taking care of business in three other competitions — it is debatable whether a triumph for Pep’s men is what ‘should’ happen anyway. Guardiola was ostensibly hired to bring the European Cup to east Manchester but has so far not managed to do so in four attempts, having also failed to win it in the previous three years he spent at Bayern Munich.

Under Guardiola, City have bowed out in the last 16 of the competition twice and the quarter-finals twice.

In all the Spaniard, often accused of having it easy because he has only managed Barcelona, Bayern and now City, has ‘only’ won two European Cups in 11 years of management — and none since 2011. It is almost as if he’s not trying.

Or, perhaps it is that winning the Champions League is incredibly hard to do. Unless you’re Real Madrid.

There has not been a new name on the trophy since Chelsea lifted old big ears in 2012 and of the aristocratic names that have won it since — Bayern Munich (twice), Barcelona, Real Madrid (four times) and Liverpool — only the German giants have done so while sweeping the board of domestic honours as well.

So, Manchester City will win a major trophy this year, maybe even two or three. But the Quadruple? Highly unlikely. To do so requires winning a lot of big games against a lot of very good teams. Expecting Guardiola’s team to lose one of them isn’t showing a lack of faith, simply a bit of realism.

How to get your Metro newspaper fix

Metro newspaper is still available for you to pick up every weekday morning or you can download our app for all your favourite news, features, puzzles… and the exclusive evening edition! Can you visit your mum on Mother’s Day? What the latest lockdown rules say