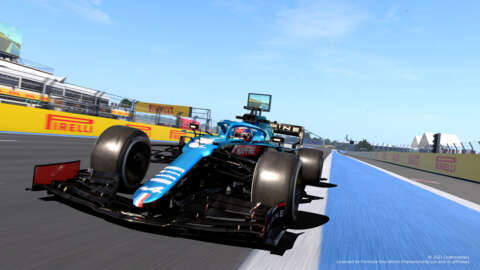 Codemasters is once again at the helm of another Formula 1 game, with F1 2021 set to launch this July. But unlike its previous entries, it will be a lot more expensive in many regions.

Games have generally stuck to the same price for a long time, with the now recognizable $60 price tag for most big, new releases. In other countries, especially those with more developing economies, publishers sometimes choose to value games differently–as a means to improve sales or combat piracy in regions where direct currency conversion would put the game out of reach.

In the past, Codemasters’ F1 titles have seen this case-by-case strategy put into effect, with some prices being extremely reasonable. For example, F1 2020 cost ARS$ 650 in Argentina, the equivalent of $7, while in South Africa it cost ZAR 330, just over $23. With F1 2021, this pricing has skyrocketed. In South Africa the game will retail for ZAR 1000, nearly three times as much and well over $70 when converted. Similarly in Argentina, the game will now be ARS$ 3500, a 400% increase that converts to over $38.

Twitter user Lashman has collected an extensive list of many of the regions impacted, which you can see below.

The exact reasons behind the change aren’t certain, but it could be due to Codemasters being recently purchased by EA for over $1.2 billion. EA, having published numerous titles across these regions, might have different calculations and estimations for regional pricing than was applied before to the franchise, resulting in the increase.

Either way, it’s tough pill to swallow for annual fans of the franchise, who will now have to pay a lot more for the latest installment to the high-octane racing series.