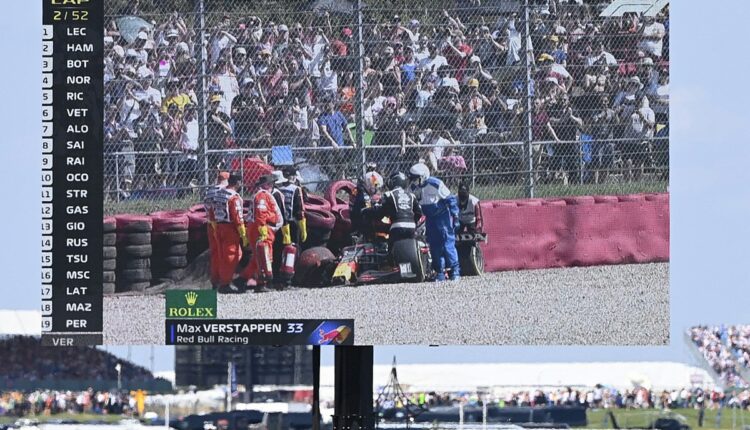 He also stressed that the team bosses had been part of the discussion when it was agreed to take that route.

The clash between Max Verstappen and Lewis Hamilton on the first lap of the British GP led to the Dutchman’s instant retirement, and generated a 10-second penalty for the Mercedes driver for causing a collision.

Much to the frustration of Verstappen and his Red Bull Racing team, Hamilton was able to overcome the penalty and still win the race.

Masi stressed that the stewards could not take account of the fact that Verstappen had retired and Hamilton had continued, and any potential impact on the title battle.

“I think one of the big parts that’s been a mainstay for many, many years,” he said. “And this came through discussions prior to my time between all of the teams, the FIA and F1, and the team principals were all quite adamant, is that you should not consider the consequences in an incident.

“So when they judge an incident they judge the incident itself, and the merits of the incident, not what happens afterwards as a consequence. And that’s been something that the stewards have done for many years.

“And have been advised to do from top down. And I’m talking team involvement, and so forth. So that’s the way that the stewards judge it, because start taking consequences into account, there’s so many variables, rather than judging the incident itself on its merits.”

Red Bull’s management has made it clear that it feels Hamilton got away lightly, with Helmut Marko calling for Hamilton to be suspended for a race.

Asked about the team’s complaints that the punishment wasn’t harsh enough, Masi said: “I think if you look at it on that basis you’ll never find a penalty that will address an imbalance like that.

“If you look at it in that particular circumstance so that is why going back a few years the teams, or team principals, made a clear distinction that they didn’t want consequences taken into account they wanted it based on the incident itself.

“I completely understand that perspective and I think that is a general held view across all stewarding, to not look at consequences for that purpose.”

Masi says he sees no need for the stewards to explain their decisions to the public in detail. Asked to compare the situation with football’s VAR – where fans can see replays highlighting what officials saw – he said the process was more complex.

“I think that you’ve got a lot of TV analysts out there with a lot of very experienced former drivers out there that will put a perspective forward,” he said. “And the stewards look at absolutely everything that they’ve got available.

“And unlike a VAR process that sort of done and dusted within 30 seconds, sometimes maybe a minute maximum, the stewards are very much are told that you take the time that you need to analyse any possible element of any incident that occurs.

“So I don’t see it from that point of view, I think the stewards need to remain as an independent judiciary. And I don’t think they should in their capacity should have any pressures, and they should take their time to analyse everything based on its merits.”