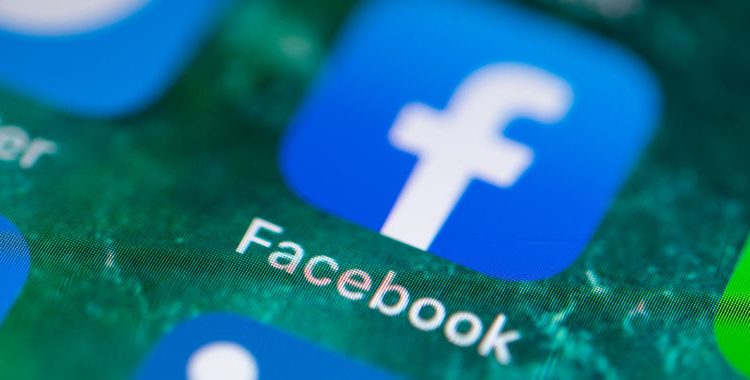 Trump campaign posts violate Facebook rules, Biden says, so why are they still up?

After being used as a platform for massive voter-interference campaigns in 2016, Facebook promised this time would be better. The company changed its policies and swore up and down that it would work hard to mitigate the spread of misinformation and support Americans’ rights to get out and vote this fall. But with five weeks to go before Election Day—and early voting already underway in some states—critics allege Facebook is not keeping up with the challenge.

The latest person to accuse Facebook of failing to manage misinformation is the Democratic candidate for president, former Vice President Joe Biden. The Biden campaign said in a letter to Facebook (PDF) last night that the company is not only failing to take long-promised additional actions, but is in fact regressing in how well it handles falsehoods.

“Facebook’s continued promise of future action is serving as nothing more than an excuse for inaction,” Biden campaign manager Jen O’Malley Dillon wrote. “Millions of people are voting. Meanwhile, your platform is the nation’s foremost propagator of disinformation about the voting process.”

The letter pointed specifically to a video the Trump campaign shared on September 21 as its most recent case in point. That video featured Donald Trump Jr. claiming—without any evidence whatsoever—that Democratic supporters plan to “add millions of fraudulent ballots” and “cancel” ballots cast for Republican candidates.

Facebook now appends a link to its voting information center to almost any post (from individuals or pages, in newsfeeds or groups) that mentions “vote” or “election” in any way, including posts from political campaigns and figures. Those links, however, do not present as fact-checks and do not counteract false claims, despite Facebook’s assertions that it will fact-check content “that seeks to delegitimize the outcome of the election or discuss the legitimacy of voting methods, for example, by claiming that lawful methods of voting will lead to fraud.”

“Dozens of responsible media voices and political campaigns throughout the country, including ours, brought this content to your immediate attention, as it violates both your policies and your commitment that no one [emphasis in the original] will be permitted to use Facebook’s tools to ‘undermine democracy,'” Dillon wrote.

“No company that considers itself a force for good in democracy, and that purports to take voter suppression seriously, would allow this dangerous claptrap to spread to millions of people,” she added. “If Facebook’s goal is to accomplish what it has publicly committed to do—i.e., ‘clear up confusion about how this election will work’—the solution should have been simple: remove Mr. Trump’s posts, which violate your policies.”

Facebook, in response, mostly ignored what the Biden campaign actually asked for and again claimed it applies its rules equally across the board.

“While many Republicans think we should take one course, many Democrats think we should do the opposite,” a Facebook spokesperson said. “We’ve faced criticism from Republicans for being biased against conservatives and Democrats for not taking more steps to restrict the exact same content. We have rules in place to protect the integrity of the election and free expression, and we will continue to apply them impartially.”

Facebook’s current troubles managing misinformation do not bode well for election night and the chaos that is likely to follow. The company has promised to go into its own effective lockdown mode on election night if it has to, and it well might.

Company executive Nick Clegg said earlier this month the company would take “pretty exceptional measures to significantly restrict the circulation of content” around the election if it seems likely to lead to “chaotic” or “violent” circumstances. At the very least, high tension seems unavoidable—and as the Biden campaign observed, a great deal of it seems to be coming from inside the (White) House.

“Russia doesn’t have to make fake news. They just repeat what conspiracies are coming out of the White House and the administration,” one expert told NPR today, adding that election watchers are particularly worried about efforts to undermine Americans’ confidence in the voting process.

The FBI, meanwhile, is warning of a heightened likelihood of election-related violence from domestic extremists, who have historically used Facebook to organize.

The president has several times in recent days hedged when asked if he will honor the results of the election if they are not in his favor, saying, “We’re going to have to see what happens.” He and his campaign have both continued to sow allegations of widespread, rampant voter fraud, although research shows any fraud is extremely rare and even federal election officials, appointed by Trump, say there is “no real evidence” of voter fraud. Some of those allegations of ballot fraud have been posted on Facebook (September 25, September 27) with minimal fact-checking.

Facebook said earlier in the week that it will expand its ban on election-week ads to include a ban on political advertisements “that claim victory before the results of the 2020 election have been declared,” Fast Company was first to report. That said, however, there is nothing stopping either campaign from prematurely announcing a win without using paid advertisements to do so. Facebook will “add a label to their post educating that official results are not yet in and directing people to the official results” when they do. That is unlikely to be enough.