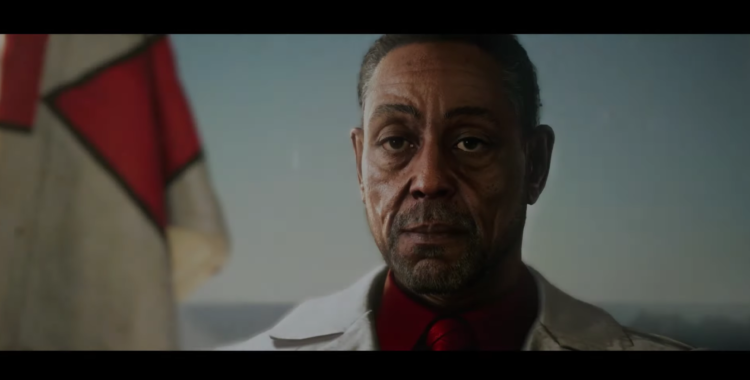 After a delay from its original March 2021 release date, Ubisoft’s Far Cry 6 finally has a bonafide gameplay reveal ahead of its newly confirmed October 7 launch on PCs and consoles.

The Far Cry series continues to ask players to face off against “shades of gray” villains in wide-open, semi-lawless territories. After a brief detour to the United States in 2018’s Far Cry 5, the series returns to its jungles-and-islands roots with the fictional Caribbean nation of Yara. (Let’s be real—this is pretty much Cuba.) Instead of relying on cut scenes to showcase the striking voice and appearance of new series villain Anton Castillo, portrayed by famed actor Giancarlo Epsosito (Breaking Bad), this trailer goes to great lengths to look like an actual video game.

At first glance, the revealed footage looks like it’s from a current-gen console game as played on a PC at max settings. If ray-traced light-bounce models are being used to create an expensive global illumination system, this trailer didn’t make that apparent. Light sources look pre-baked, and reflections appear to rely on computationally mild screen-space techniques. Still, wide-open vistas full of lush wildlife and massive explosions seem like they’ve been cranked to “ultra” levels, so I wonder how this cross-gen game will scale down to run on the PS4 and Xbox One generation.

Either way, the most notable new features on display here revolve around stupidly overcharged weapons and increased access to souped-up cars. The former emphasizes homebrew gimmicks applied to weaponry, ranging from the cheesy (CD-Rs as projectiles that will slice foes while a Discman plays ’90s jams) to the absurd (a variety of flame-powered backpacks that somehow don’t set new series hero Dani Rojas on fire). The latter includes the kinds of American-made, Cuban-modified classic cars you might see rolling down modern Havana roads, along with tricked out dune buggies, four-by-fours, motorcycles, and other rough-road vehicles. And in order to meet a certain modern-gaming quota, this Far Cry sequel has added rideable horses and a silent bow-and-arrow attack option.

While most Far Cry games include a ton of animals to hunt, this trailer only shows a split-second shot of a terrifying crocodile. There’s also a new friendly puppy as a helper (as seen in the second gallery above); it’s had trippy surgery to replace its hind legs so that it can cart around your weapons and accessories.

In its E3-adjacent reveal, FC6 does more to impress upon viewers its bombast and love of curse words (“Fucked up situations call for fucked up solutions”) than it does to spell out new mechanics, such as how companions may play into an average mission or how the game’s smartphone and other gadgets work. We’ll likely see more sizzle reels and hype trickles between now and the game’s retail launch in October.

Review: A Quiet Place Part 2 is a sequel that was worth the wait