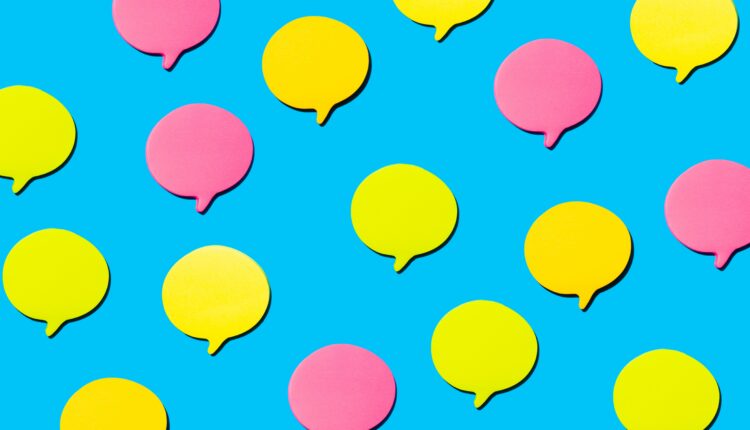 We need to talk about the word fat. Specifically, we as a collective society need to make room for understanding fat the way many plus-size people do: as a neutral, even affirming, term.

Fat is a word that many of us avoid, especially straight-size people (that is, people who don’t wear plus sizes), and understandably so. We’ve spent a lifetime being trained to understand the word as a deeply cruel one. Many of us have been hurt by it, and so we come to know it exclusively as a weapon. Some people use fat to mean unlovable, undesirable, slovenly, unintelligent, lazy. Others use it to mean wealthy and greedy; other times we use it to mean poor and lazy. Sometimes it’s a stand-in for sloth, gluttony, and other deadly sins. Fat becomes a floating signifier—a word that’s a blank screen for us to project our assumptions and feelings onto. It can, and does, bear all manner of things. But all the wide-ranging things we project onto the word fat have one thing in common: They’re negative.

Because many people only conceive of the word fat as a negative one, they redact it from their own vocabularies. They object when anyone else uses the word, especially in reference to themselves. Too often they don’t seek to understand why that person has used the word fat, or how that person feels about it. Instead they simply assume that everyone else sees the word negatively. They don’t listen for content, don’t ask clarifying questions, don’t seek to support that person. They simply lean into their own knee-jerk response of wishing the word away. Sweetie, no! You’re not fat!

For some people, some of that discomfort is rooted in personal experiences being called fat, which many of us experience as a hurtful insult. But being called fat is insulting, at least in part, because whatever our size, we all know how fat people are treated. We all see the way strangers stare at fat people, the ways in which fat bodies are used to prompt full-throated revulsion and disgust. We see the ways in which fat people are bullied and excluded. So we assume that the word fat calls up all that hurt and harm, and we scrub it from our vocabularies.

But in the process of disavowing the word, we reinforce all of those negative meanings, and we reveal our own unquestioned assumptions about what it means to be fat. We don’t ask fat people what they want, or what would feel most supportive to them, even as we insist we’re protecting them by eschewing the word fat. Instead we act as if we know what’s best for people whose life experiences are markedly different from our own. Rather than focusing on the needs of the people who are most marginalized by anti-fat bias, we center our own discomfort. We assume that others share our myriad and multifaceted negative assumptions and preconceptions about being fat. And in assuming, we perpetuate those negative stereotypes, relegating the word fat—and, consequently fat people’s experiences—to that which cannot be named, much less remedied.

For decades now, some fat people have been proudly using the word fat like any other descriptor, accurately and neutrally. The National Association to Advance Fat Acceptance (NAAFA) was founded 1969, proudly using the word fat in its name. Books like Happy Fat, Things No One Tells Fat Girls, and Fat!So? have been written by and for fat people for years. But still, people who aren’t and haven’t been fat often studiously avoid the word, even going so far as to correct fat people when we name our own bodies.

I’ve been fat since childhood and have worn plus sizes since high school. I have had fat hurled at me as an insult more times than I can count. It stung because it was intended to: Not only was it a condemnation of my body, it was a reminder that I didn’t belong. But even as a child and teenager, being called fat paled in comparison to how I was treated, even by those who diligently avoided the term.

As an undeniably fat person, being called fat is the least of my problems. I am more concerned with the rampant discrimination that people like me face in employment, health care, education, and more. I am much more concerned about the ceaseless street harassment and sexual harassment that follow very fat people wherever we go and about the countless bystanders who too often say and do nothing to intervene. And I’m much more concerned with the number of straight-size people who refuse to say the word fat and, as a result, refuse to acknowledge the lived experience of fatter people. Because I know, from a lifetime of experience in a fat body, that if someone is afraid to say “fat,” chances are they’re not standing up for fat people. If simply naming our bodies is too much to bear, that’s a sign that one’s relationship to fat people is far from neutral, much less accepting or supportive.

Of course, not everyone is comfortable being called fat. But that discomfort can’t override fat people’s body autonomy. And that means that all of us—fat or thin—are going to need to get comfortable enough to hear someone else say the word fat without objecting (unless it’s used in an abusive way, of course). Regardless of the speaker’s size, we’re going to need to get comfortable asking, “What does that mean to you?” and accepting whatever answer we get. We’ll need to relearn to see the word as it is: a neutral descriptor that can hold different kinds of power for different people. Recognize that where you see a minefield, others—including many people who, like me, are undeniably fat—find liberation and joy. In a word you’ve redacted from your vocabulary, many of us find ourselves. And when you cannot name our bodies, when you cannot regard our skin neutrally, what chance do you have of treating us respectfully or lovingly?

If you’re recognizing your own habits as you read this, instead of centering your own discomfort with the word fat when you hear other people use it, try getting at the root of that discomfort. And instead of simply avoiding the word fat out of an attempt not to hurt fat people’s feelings, focus on making the world a safer place for fat people to begin with. Here are a few ways to work on both of those goals.

Challenge your own discomfort with the word fat. Try saying the word to yourself, over and over again. Note how it feels in your mouth. Say it until you can hear it neutrally, and until you can say it like any other physical descriptor: tall, short, fat, thin. If you need to describe a fat person’s body for any legitimate and inoffensive reason (one that has nothing to do with any body talk they didn’t consent to), ask them what words they’d like you to use, and then use those words. Including fat. Show up for fat people by honoring our wishes—not just what you think our wishes ought to be.

Find media to consume and social media to follow that challenges your perception of what it means to be fat. If you’re not sure where to start, check out Jes Baker’s list of predominantly fat Instagram accounts to follow, or listen to Nicole Byer’s excellent podcast Why Won’t You Date Me? Essentially, listen to fat people directly, and take note of where our experiences and desires challenge your assumptions.

Address your own anti-fatness. Know that your discomfort with the word fat may indicate discomfort with fatness or with fat people ourselves. If that’s the case for you, work on uprooting your own anti-fat bias. Here are seven places you can start. Recognize that, as with any bias, working on your own anti-fatness is work that ebbs and flows over a lifetime. Don’t expect to reach a simple and satisfying point of completion. Instead, know that you’ve spent decades learning that bias, and you may need to spend decades more unlearning it.

Volunteer for and donate to fat liberation causes. Find organizations like the National Association to Advance Fat Acceptance, the Association for Size Diversity and Health, NOLOSE, and The Body Is Not an Apology. If you can, seek out crowdfunding fundraisers that benefit fat people, especially fat disabled people and fat people who are Black, Indigenous, or other people of color. Focus on your own growth and learning, yes, and then find ways to materially show up for fat people.

You already know how harsh this world can be for fat people. Refusing to respect the names we choose for our bodies doesn’t change any of that—it just pushes that harshness away and gives people who aren’t fat a sense of absolution for the anti-fatness that’s all around us.

A 10-Minute Upper-Body Workout for Stronger Arms and Shoulders