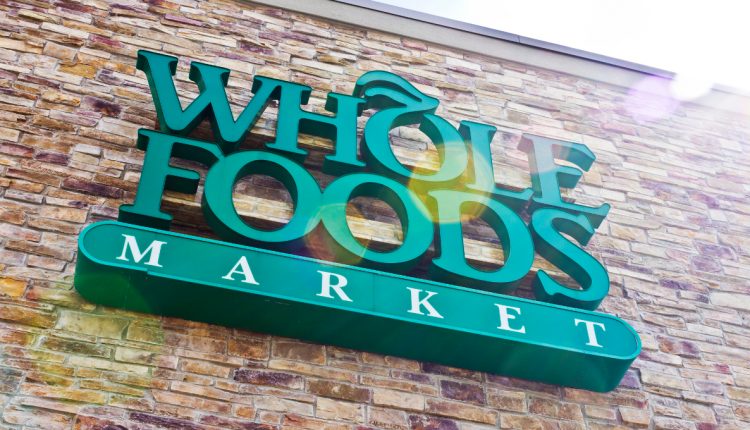 Having built itself up to be one of the nation’s best known healthy eating grocery chains, Whole Foods Market is on warning from the FDA about repeated problems with allergen labeling on its products.

The warning, posted today but dated Dec. 16, references more than two dozen allergen labeling product recalls initiated by Whole Foods in the 12 months ending Nov. 30. Inspection of the company’s records showed milk, eggs, and tree nuts as examples of some of the allergen mislabeling that have resulted in Whole Foods recalls recently.

“These recalls demonstrate that your corporation engaged in a pattern of receiving and offering for sale misbranded food products. For the time period of October 2019 to November 2020, your firm recalled 32 food products due to undeclared allergen(s). We noticed similar patterns of numerous recalls for undeclared allergens in previous years as well,” according to the warning letter, sent by the FDA’s Center for Food Safety and Applied Nutrition

Federal inspectors found the problem while conducting a routine review of recall patterns across the United States.

In its letter to Whole Foods Market President John Mackey, the federal government cited federal law regarding food labeling and laid the problem squarely at his feet.

“You are responsible for investigating and determining the causes of the violations identified above and for preventing their recurrence or the occurrence of other violations. It is your responsibility to ensure your firm complies with all requirements of federal law and implementing regulations,” according to the warning letter.

The FDA allows companies and individuals 15 working days to respond to warning letters. At that point, the agency can, but rarely does, take immediate action including seizure of products and injunctions to shut down operations.

A spokesperson responded almost immediately when Food Safety News contacted Austin-based Whole Foods today. The company did not provide any specific details about how the labeling problem will be addressed.

“Whole Foods Market takes food safety very seriously. We are working closely with the FDA to ensure all practices and procedures in our stores meet if not exceed food safety requirements. We remain committed to maintaining the highest quality standards in the industry,” said the Whole Foods Market spokesperson.

Under the Federal Food, Drug, and Cosmetic Act failure to declare certain allergens on food labels renders the food illegal for sale. Currently, there are eight foods legally considered major allergens and therefore require label disclosure. There is ongoing work to add sesame to the list, which now consists of:

Specific examples of illegal labels
The FDA listed five of the allergen labeling recalls posted by Whole Foods in the past year as examples of types of problems the company needs to address.

Minestrone soup — sold in either clear plastic deli-style containers of various weights, or in clear plastic bags weighing 7 pounds 12 ounces, because of undeclared milk. In documentation included with an April 21, 2020, email to the government, Whole Foods officials indicated that the mislabeling occurred because an internal labeling system for the repackaging of food products was not updated to reflect the current ingredient listing for the product.

Raspberry cheesecake Italian gelato — sold in 1 pint clear plastic containers with labels that did not include a declaration of eggs. In documentation included with a Dec. 4, 2019, email to the government, company officials indicated that a contract manufacturer packaged a “Butter Cookies & Sweet Cream” Italian gelato product with the incorrect “Raspberry Cheesecake” Italian gelato label thereby causing the product to have the incorrect ingredient declaration and undeclared egg.

Parkerhouse rolls — sold in 12-count clear plastic bags that did not have required labeling regarding eggs and milk. In documentation included with their Oct. 28, 2019 email to the government, company officials indicated that the mislabeling occurred because retail employees applied a label that did not reflect the ingredient listing on the manufacturer’s label. This caused the product to have undeclared milk and eggs.

Chantilly Key Lime Tartlets — packaged individually in plastic clamshells. In documentation included with their July 28, 2020, email to the government, company officials indicated that the mislabeling occurred because the ingredient statement, which included almond flour, on the master carton was not fully transferred to the scale label used for the individual containers.

Vilsack’s food safety record is filled with accomplishments, and maybe a ding or two

Naughty and Nice: FSN’s annual list cancelled for 2020 as the virus dominates