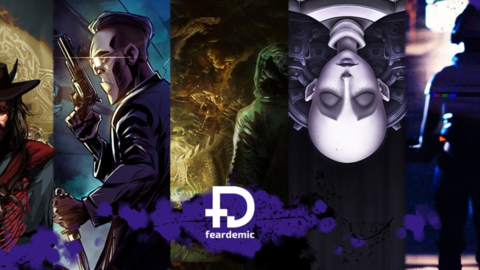 Feardemic, the Polish game developer and publisher owned by Layers of Fear developer Bloober Team, has hired a new CEO and received an injection of cash to help the company pursue “aggressive expansion plans.”

Scott Millard has been named as the new president and CEO of Feardemic, replacing Piotr Babieno. Babieno is staying with the company and will continue to work with Bloober Team.

Millard joined Feardemic in 2020 as its managing director, and a press release from the company praised the moves he made to improve Feardemic’s financial outlook. He previously worked at Sega Ozisoft in Australia, while he also held positions at Star and Bandai Namco. Millard is also known for helping release Skyrim and The Elder Scrolls Online in Asia by establishing distribution networks for it.

Millard also bought a stake in Feardemic and now stands as the company’s second largest shareholder after Bloober Team.

“I am proud to not only be CEO, but most importantly a partner in Feardemic. I see enormous potential and growth opportunities in the business,” Millard said. “The horror narrative is one of the most predominant threads in the stories that developers tell through game development. I look forward to Feardemic becoming one of the most recognizable brands in the business of video game publishing while enriching the market with a wide range of diverse gaming products that will explore the entire spectrum of the horror narrative through multiple gameplay genres.”

In addition to the promotion of Millard to president and CEO, Feardemic announced that it now has four new shareholders from “various private and institutional vehicles.” The money from these firms will help Feardemic pursue its own plans to expand in a big way.

“The restructuring of the company and welcoming of new shareholders have added weight to the company’s aggressive expansion plans and have brought it one step closer to realizing its ambition to become one of the world’s largest single vertical publishing houses,” Feardemic said.

Managing Introverts and Extroverts in the Hybrid Workplace