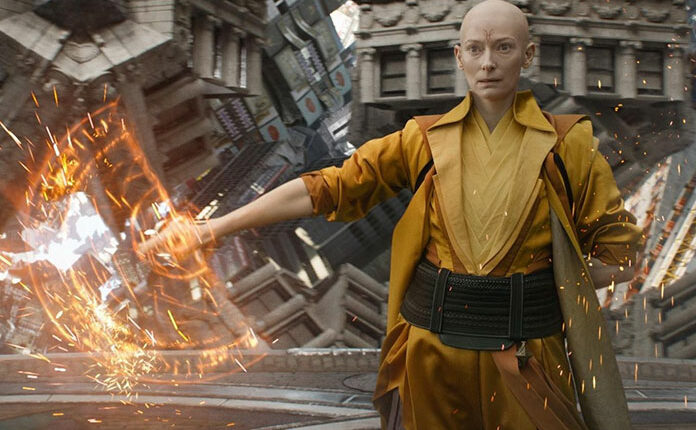 One of the most notable changes with Marvel Studios’ big-screen adaptation of “Doctor Strange” was the switching out of The Ancient One character.

Portrayed in the comics as an elderly Asian man, the movie instead featured a non-binary Celtic character portrayed by Tilda Swinton. At the time it appeared the studio’s aim was to avoid the stereotype seen in many films of the past of an elderly Asian mentor character with expert fighting skills (and magic).

Reception to the switch however was not well received, a not unfamiliar scenario for Marvel whose switch up of the race and origins of The Mandarin a few years prior in “Iron Man 3” received a backlash still talked about today.

Now, in the wake of much greater calls for representation in media along with a growing surge of demand for better Asian representation on screen, Marvel Studios president Kevin Feige has spoken about the shortcomings behind the “Doctor Strange” switch.

The new issue of Men’s Health magazine has just done a piece on “Shang-Chi and the Legend of the Ten Rings” star Simu Liu – the lead of the first major superhero film featuring a mostly-Asian cast. It’s in this feature piece Feige touches upon The Ancient One casting and the mistakes made:

“We thought we were being so smart, and so cutting-edge. We’re not going to do the cliche of the wizened, old, wise Asian man. But it was a wake-up call to say, ‘Well, wait a minute, is there any other way to figure it out? Is there any other way to both not fall into the cliche and cast an Asian actor?’ And the answer to that, of course, is yes.”

The new “Shang-Chi” film is attempting to fix one of those past mistakes with a new version of The Mandarian – this time played by celebrated “Chungking Express” star Tony Leung Chiu-wai.

Feige also spoke about the casting of Simu Liu for Shang-Chi, saying he’s the perfect talent to bridge the two biggest box-office worlds: “It’s about having a foot in both worlds. In the North American world and in China. And Simu fits that quite well.”

“Shang-Chi and the Legend of the Ten Rings” arrives in cinemas on September 3rd.