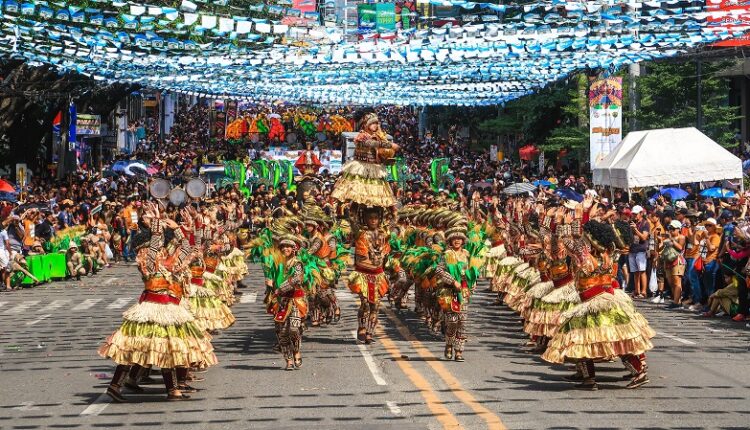 The Philippines is famous not just for its breathtaking natural beauty, but also for its people’s passion for getting together and celebrating. The country’s large list of festivals is proof of this. In the Philippines, there are several holidays, long weekends, and notable festivals that take place throughout the year. The heritage, creativity, artistry, and devotion of the people are all reflected in these colorful festivals. While some are just honored for a day, others last for a week or even a month.

Festivals in the Philippines allow people to showcase their rich culture while also honoring the history and patron saints. They’re colorful, enormous, and full of pomp and circumstance. It’s no surprise that each region has its unique Filipino Fiesta of which they are quite proud. Tourists come to the Philippines not only to view its lovely beaches and majestic scenery but also to participate in the country’s great festivals, which undoubtedly add to the country’s fun factor.

Festivals in the Philippines are a big part of society, and they’re recognized for their big, colorful displays. Over 42,000 major and small festivals are held around the nation. A variety of religious festivals are held in the Philippines as a result of the Spanish influence on Catholic spirituality. Aside from that, a variety of other festivals highlight significant historical events. Locals go all out to enjoy each of these events, regardless of where they originated. It’s worth seeing the outfits, performances, parades, and some of the most spectacular marches.

A large number of people from all around the globe visit Manila each year to experience the local cultural heritage depicted in so many festivals held here all year round.  A little research and careful planning for your Riyadh to Manila flight will prevent you from getting into any unwanted situations on your journey.

Flores de Mayo, commonly known as Flores de Maria, is a popular Christian holiday in the Philippines. It’s a Spanish expression that means ‘May Flowers.’ In the mid-nineteenth century, it was introduced by Spanish conquistadors and friars. It’s a thank-you to the Virgin Mary, who sends rain when farmers beg for it, and the farmers’ unchanging devotion is symbolized by the celebration. According to legend, it causes diverse flowers to blossom and new crops to grow for food. It has been practiced for hundreds of years, and we continue to follow it now.

Since the dawn of time, people have been feasting, dancing, and making merry to celebrate a bountiful harvest. One of the most well-known harvest celebrations in the Philippines takes place every year in Lucban, Quezon Province. It is renowned as the Pahiyas Festival and is held every year on May 15. This is the most lavish and colorful event in the Philippines. Houses are decked with fruits, vegetables, rice stalks, rice grains, flowers, and other agricultural crops all across town. The crops are placed in front of the home so that the high priest may bless them as he walks through the procession.

Residents manufacture multicolored, leaf-shaped rice wafers known as “kiping” in the area. The dyed kiping is frequently sewed together to make a wreath, which is then organized into a 2 or 3-layer chandelier, known as “Aranya,” and hung on the windows. To give flavor to the kiping, various leaves are employed. Each home and family tries to outdo the other in terms of decorations. An annual competition is held to choose the most colorful, inventive, and appealing. These delicious decorations are given out as complimentary gifts to the large audience after a champion has been announced. Some households make rice ships out of the kipings.

If you ever plan a vacation to the Philippines in the month of May, you might think about going to Bulacan, particularly to Obando, for their famed festival. Due to the town’s bustle during the festival, the Obando festival in Bulacan is among the primary tourist attractions there. The Obando festival is a Catholic-themed event conducted by the San Pascual Baylon church to celebrate the three patron saints of Obando, San Pascual De Baylon, Sta. Clara, and Nuestra Seora De Salambao. It takes place from May 17 to 19.

The “Parada ng Lechon,” or Roasted Pig Parade takes place in Balayan, Batangas on the 24th of June. This annual commemoration commemorates St. John the Baptist’s baptism of Jesus Christ in the Jordan River. The occupants and adjacent areas prepare their Lechon, or cooked pig, for the march to show their gratitude and adoration of their benefactor’s sacred figure. Because Lechon is a popular dish in the Philippines for all aspects considered and celebrations, some people use it and creatively decorate it to match the theme of the gathering. Some Lechons are costumed as cruiser drivers, understudies, cooks, basketball players, and even beautiful women.

Prior to the start of the motorcade, liturgy is performed in the Immaculate Concepcion church, where Lechons are prepared to be honored. Following then, the fun starts as spectators participate in the water sprinkling convention and partake in a bite of Lechon while watching the parade. After the parade, there is unrelenting eating and drinking, as well as other activities, which livens up the atmosphere.

The Lami-Lamihan Festival is a celebration of the Yakan tribe’s culture as well as a method to encourage cultural peace among the province’s Yakan, Tausug, Muslim, and Christian groups.

Lami-Lamihan is a Yakan phrase meaning having a good time.

The celebration commemorates peace and harmony among the Yakans, Tausugs, Muslims, and Christians by showcasing their rich culture. It also pays homage to Pedro Javier Cuevas, popularly known as Datu Kalun. k, the province’s founder.