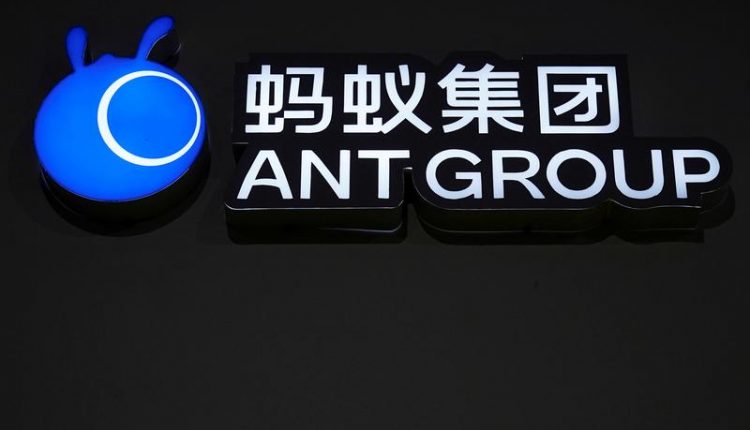 (Reuters) -U.S. asset manager Fidelity Investments has halved the valuation of its shares in Ant Group, the Chinese financial technology company at the centre of a major regulatory crackdown, the Wall Street Journal reported on.wsj.com/337DSLd on Monday.

The new valuation for the Jack Ma-founded company, which has been forced to restructure following scrutiny from Beijing, was $144 billion as at the end of February, based on regulatory filings cited by the WSJ.

The $144 billion valuation compares with an appraised value of $295 billion as at the end of August, the WSJ report said. Fidelity was among a small group of global investors that bought into Ant three years ago.

Ant’s $37 billion initial public offering (IPO) in Shanghai and Hong Kong, which would have been the largest in the world, was cancelled in November soon after Ma made a speech in Shanghai in which he called for reform of China’s regulatory system.

Since then, Ant has restructured to become a financial holding company which analysts have said could dent Ant’s appeal to investors because of higher capital requirements that could reduce growth prospects. .

Fidelity’s reported valuation was to the end of February and would not have taken into account the impact of Ant Group’s restructuring announced in April.

In May 2018, Fidelity invested about $238 million in Ant on behalf of various funds, the WSJ reported, citing Ant’s IPO prospectus, in a round that valued the company at about $150 billion, higher than the U.S. asset manager’s current valuation of Ant.

Reuters reported in March that some of Ant Group’s global investors valued the Chinese company at more than $200 billion based on its 2020 performance, less than the potential $315 billion valuation touted ahead of its listing.

Reporting by Aaron Saldanha in Bengaluru and Scott Murdoch in Hong Kong; Editing by Anil D’Silva and Jane Merriman

I’ve fallen in love with this Asus miniLED 4K panel