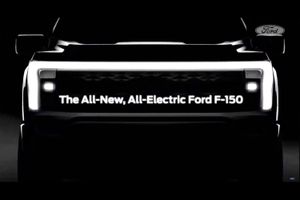 In May 2019, the US International Trade Commission voted to open an investigation into SK Innovation, a Korean battery supplier, based on allegations from competitor LG Chem that SK Innovation stole valuable trade secrets regarding electric-vehicle batteries. Now, the USITC has put out an official ruling, and it’s not looking ideal for SK Innovation or the automakers who will rely on its components.

The USITC has handed SK Innovation a 10-year ban from importing EV battery components to the US, Bloomberg reports, citing the USITC website. Following further allegations that SK Innovation destroyed evidence that could help LG Chem prove its case, the USITC came to its decision just this week, closing an investigation that began nearly two years ago.

SK Innovation isn’t being forced to stop work right away, though. The company has been given four years to continue importing components for the upcoming electric Ford F-150 variant, and it has been granted a two-year stay to do the same for Volkswagen’s upcoming US-market EVs running on its MEB scalable electric-vehicle architecture.

“The ITC decision supports our plans to bring the all-electric Ford F-150 to market in mid-2022,” a Ford spokesperson said in a statement. Furthermore, in a Twitter post, Ford CEO Jim Farley hoped that the two companies could come to a voluntary settlement, which would be “in the best interest of US manufacturers and workers.”

“We are continuing to analyze the ruling from the US International Trade Commission and its impact on Volkswagen,” a spokesperson for the automaker said.

Representatives from LG Chem and SK Innovation did not immediately return requests for comment. SK Innovation told Reuters that it “regretted” the USITC ruling, however, while LG Chem offered praise for it.

It’s likely that the vehicles in question will require some tweaks to accommodate batteries and components from different suppliers, but the question of exactly how much work is required remains to be seen. According to Bloomberg, Ford told the USITC in May that “EV batteries cannot simply be swapped like batteries in a flashlight.”

Climb in the driver’s seat for the latest car news and reviews, delivered to your inbox twice weekly.