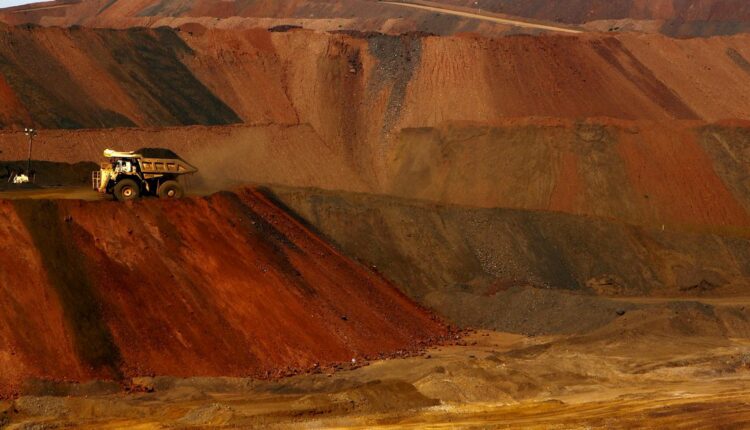 MELBOURNE, Oct 5 (Reuters) – Fortescue Metals Group (FMG.AX)said on Tuesday it plans to achieve net zero emissions by 2040 from the operations of its customers including steel makers, as it looks to boost hydrogen and green energy production to cut its carbon footprint.

Fortescue, the world’s fourth-biggest iron ore miner, is attempting to tackle its so-called Scope 3 emissions, which are the indirect greenhouse gases produced from a company’s product or service that are released further along the value chain.

For iron ore miners, steelmaking is by far the largest source of emissions since it is one of the world’s most heavily polluting industries. The shift to focus on net zero emissions from the use of raw materials by the sector marks an escalation in efforts to cut carbon out of processes.

Fortescue’s steelmaking customers account for 98% of its Scope 3 emissions.

Fortescue and steelmakers like South Korea’s Posco (005490.KS) are developing technology to replace coking coal with hydrogen in the steelmaking process, but the technology is not expected to become commercially viable until at least the 2030s.

The miner said it will work with potential customersto supply green ammonia and hydrogen technology from its unit Fortescue Future Industries (FFI).

In the medium term, Fortescue set a target of helping its steelmaking customers cut their emissions by 2030 by 7.5% from financial year 2021 levels, before eventually reaching 100% in 2040, the company said.

FFI has said it expects to spend between $400 million and $600 million in the year to June 2022 on developing green trains, trucks and shipping and decarbonisation technologies. read more

Corporate advisor Glass Lewis last month raised concerns that BHP lacked specifics around disclosures of its steel customer emissions, and that its targets did not appear to be “science based,” when it advised shareholders to vote against the mining giant’s climate transition action plan.

However, Fortescue’s move was welcomed by activist investor the Australasian Centre for Corporate Responsibility.

“In the lead up to COP26 in Glasgow, Fortescue has demonstrated the type of corporate leadership that Australia has been lacking for decades. BHP and Rio Tinto should take note,” it said in a statement.

Reporting by Sameer Manekar in Bengaluru and Melanie Burton in Melbourne; Editing by Subhranshu Sahu and Christian Schmollinger