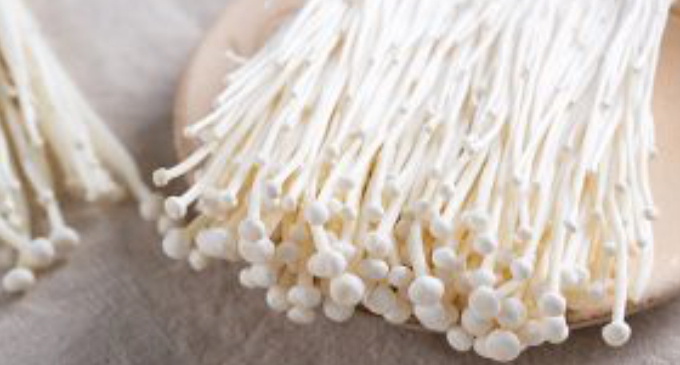 France has become the fifth country to report Listeria in enoki mushrooms from South Korea.

It was already known that 36 people fell sick and four died in the United States from November 2016 to December 2019. Six illnesses were recorded in Canada between 2017 and 2019 and five in Australia between October 2017 and March 2020. Indonesian authorities ordered a recall of affected mushrooms from Green Co. Ltd in May but did not report any patients.

French authorities confirmed five food isolates collected in 2017 but no illnesses from enoki mushrooms from the Republic of Korea, and distributed via the Netherlands, shared the same core genome multilocus sequence typing (cgMLST) as other countries.

Steps to mitigate risk were taken by authorities in the Republic of Korea, such as food safety education for farmers and including a note on the pack of enoki mushrooms to alert consumers of the need to cook products before consumption.

The network, run by the Food and Agriculture Organization (FAO) and World Health Organization (WHO), was involved in 29 incidents in 2Q 2020 compared to 38 in the first quarter of the year.

Food for infants and small children, herbs, spices and condiments, nuts and oilseeds, products for special nutritional use, snacks, desserts, and other products, vegetable and vegetable products, and legumes and pulses were also mentioned in alerts.

Six incidents involved a chemical hazard – methanol three times, histamine twice, and patulin once. Five were due to an undeclared allergen including cashew and pistachio, sesame, wheat, mustard, and peanuts. Three were because of glass as a physical hazard and the other two were unspecified hazards that looked to be related to food.

Methanol poisoning cases
In the second quarter of 2020, the INFOSAN Secretariat was made aware of three methanol poisoning outbreaks in Mexico, Dominican Republic, and Cambodia. It appears outbreaks were localized and not linked in terms of the adulterated products.

“They highlight a common issue whereby fraudsters may be taking advantage of opportunities where legal alcohol sales have been restricted in order to boost their own sales. Such opportunities appear to be occurring more frequently during the COVID-19 pandemic where alcohol sales have been reduced or restricted in some jurisdictions,” according to INFOSAN.

“COVID-19 and the measures taken to mitigate the global impact of the pandemic have disrupted food production and food supply chains worldwide.”

In May and June, more than 100 deaths in Mexico were linked to drinking fraudulent alcoholic beverages adulterated with methanol. In June, it was reported that 215 fatalities and 340 cases of methanol poisoning were registered in the Dominican Republic. Three people were arrested in clandestine factories and 2,864 bottles confiscated.

A total of 43 cases and seven deaths were reported in an outbreak of methanol poisoning in Cambodia, suspected to be caused by consumption of wine.

Wind, rain, floods aren’t the only dangers that come with a hurricane

Baby comes home, as B.C. mother remains in ICU due to…