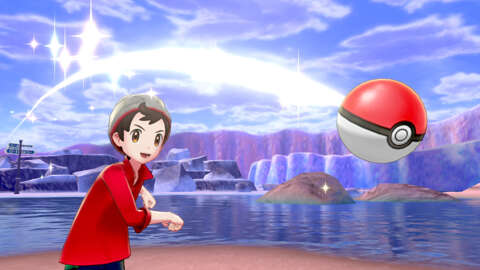 The Pokemon Company is distributing another free item for Pokemon Sword and Shield. During the Pokemon Players Cup IV Global Finals, the company shared a download code for a free Beast Ball (via Serebii). The code is only valid until August 2, however, so you need to act quickly if you want to claim the freebie.

Beast Balls are a rare type of Poke Ball that are particularly effective at catching Ultra Beasts, which you can encounter through Dynamax Adventures in the Crown Tundra. To claim your free Beast Ball, fire up your copy of Sword or Shield and follow these steps:

The Pokemon Players Cup IV Global Finals are underway this weekend and feature dedicated competitions for the Pokemon video game series, TCG, and Pokken Tournament DX. Each competition is being streamed on Pokemon’s Twitch and YouTube channels. You can read more about the event on the Pokemon website.

2021 marks the 25th anniversary of the Pokemon franchise, and The Pokemon Company has been celebrating with a number of events, including music collaborations with artists like Katy Perry and Post Malone. A handful of new Pokemon games have also released this year, including New Pokemon Snap and Pokemon Unite. The former is receiving a free update on August 3 that adds three new areas and 20 additional Pokemon to photograph, while the latter recently introduced its first new playable Pokemon, Gardevoir.