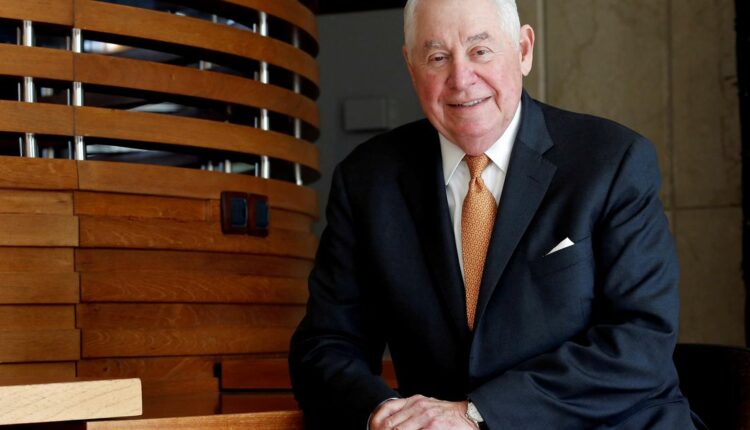 Freeport-McMoran CEO, Richard Adkerson poses for a picture during an interview with Reuters at the CRU’s World Copper Conference in Santiago, Chile April 9, 2019. REUTERS/Rodrigo Garrido

Adkerson said he and Castillo held a “listening session” as part of last month’s United Nations General Assembly. While the two did not discuss specific policies, Adkerson said he advised Castillo to fight corruption and also craft a tax regime that allows mining companies to remain in the country.

“We’re very concerned about the political situation that’s emerged in Peru. What we are doing is to see if we can find a way to work forward cooperatively,” Adkerson told an FT mining conference. “I was encouraged by this initial conversation.”

Adkerson also said Chinese copper demand remains strong despite recent debt concerns. “I still have a lot of confidence in China’s macroeconomic situation for the long term,” he said.

In the United States, one of Freeport’s major growth regions, Adkerson said he does not expect President Joe Biden’s administration to prioritize mine development over environmental and social concerns.

Some in the mining industry have encouraged Biden to approve more mines, regardless of community objections, but Reuters reported earlier this year that Biden will rely on ally countries for EV metal supplies.

“You’re not going to have a (U.S.) government that steps in and puts a priority for metals above these other objectives. It’s all got to be worked out together,” Adkerson said.