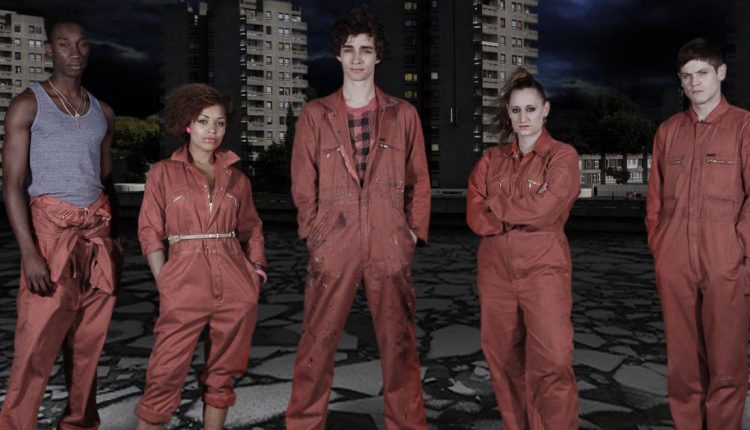 From Robert Sheehan to Iwan Rheon: What happened to the cast of Misfits as hit show returns to Netflix?

Misfits is back on Netflix, meaning it’s time to relive the gripping saga filled aplenty with probation officers being killed left, right and centre.

The acclaimed Channel 4 drama about a group of young offenders with special powers first hit television screens in 2009 (feel old yet?) and gifted fans with five series.

But what has the main cast of Misfits been up to since leaving the show?

Well, between them they’ve gone on to star in a Coldplay music video, Game Of Thrones, and fight on the frontline during the coronavirus pandemic.

What can we say? They’re an eclectic bunch,

Robert Sheehan pretty much carried the show with his side-splitting insults and comebacks as funnyman Nathan. (SAVE ME, BARRY!)

After selling his power of immortality for magic and bowing out the series in 2010, the actor went on to land a number of gigs across television and film.

One year after his exit, Robert starred alongside Nicholas Cage in Season Of The Witch, before going onto to work with Ron Perlman and Rupert Grint in Moonwalkers (2015).

At present, Robert portrays Klaus Hargreeves in Netflix’s The Umbrella Academy. Its second season landed on the platform in July.

Iwan Rheon has come along way since saving the Misfits gang at crucial moments as their veiled Super Hoodie saviour.

His most notable role since exiting the show is arguably that of Ramsay Bolton in the hit fantasy HBO series Game Of Thrones where he starred in 20 episodes.

Following Game Of Thrones, Iwan starred alongside Michelle Keegan in the BBC drama Our Girl as Dylan Smith for a handful episodes.

Fans can also expect to see Iwan in the new series of American Gods as a character who is trying to steer away from the cliched leprechaun image – ‘until he finds himself swept back into our world of gods, luck, and magic.’

Since starring in the Channel 4 series, he’s had numerous roles in British television shows such as Ian Johnson in black-conspiracy thriller drama Utopia and Elias Downey in ITV’s Houdini and Doyle.

Nathan also landed recurring roles across the pond in Famous In Love and Four Weddings And A Funeral.

More recently, he portrayed British jazz promoter Johnny Edgecombe in The Trial of Christine Keeler and Adisa in Dracula.

After playing no-nonsense mind-reader Kelly, Lauren Socha appeared in one episode of Plebs before joining the cast of Channel 4 comedy Catastrophe as babysitter Anna.

In 2012, the star pleaded guilty to racially aggravated assault in connection with an incident with a taxi driver, Mr Sakander Iqbal, on 1 October 2011.

She was sentenced to four months in prison, suspended for 12 months.

The actress welcomed her first child, Reenie-Rae, in April 2016, and in recent years, starred in the film Strangeways Here We Come.

More recently, Lauren played Catherine Walcott in BBC comedy The Other One, which tells the story of two sisters called Catherine – neither of which has any idea that the other one exists until their dad drops dead.

During the pandemic, Lauren took up a job working on the NHS frontline by helping the elderly in a care home.

Not soon after hanging up her heels as Alisha Daniels in Misfits, Antonia Thomas went on to star in Coldplay’s Charlie Brown music video.

Her most notable role is Evie in Netflix and Channel 4 series Lovesick, in which she starred alongside Johnny Flynn and Daniel Ings.

She’s also leant her voice to Teletubbies for 120 episodes where she served as narrator.

Joe Gilgun’s Rudy came into the fold in Misfits series three in 2011 to replace Nathan as ‘the new funny man’ of the show.

After the show ended, Joe went onto appear in 2014 historical comedy film Pride alongside Imelda Staunton and Bill Nighy, as well as 2015 fantasy The Last Witch Hunter with Vin Diesal, Michael Caine and Elijah Wood.

Over on TV, Joe reprised his role of Woody in This Is England ’90 in 2015, before going on to serve as executive producer and star in Preacher with Dominic Cooper.

At present, Joe is starring as Vinnie in Brassic, a Sky comedy that he created. The series was renewed for a third season earlier this year.

Misfits is available to stream on Netflix.