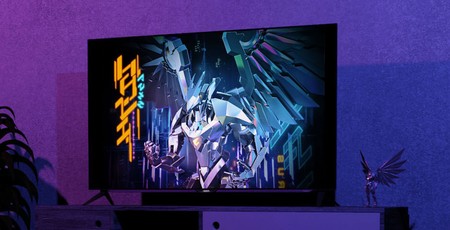 Gigabyte released some outline detail of the Aorus FO48U monitor back in April. It was the top-end offering among a trio of ‘4K Tactical Gaming Monitors’ it announced. However, at the time the tech specs provided weren’t as detailed as we would have liked. Put simply, Gigabyte announced these monitors before the individual product pages were ready, so we had to make do with the specs the PR department wanted to highlight. Now Gigabyte has published the full specifications, and various other details about the Aorus FO48U, as we are accustomed to finding on its products site. To start, this monitor is aimed at ‘4K Pro Gaming’ according to Gigabyte / Aorus. Its key specs are pretty mouth watering, as long as you are packing a PC system (or modern console) that can provide the accelerated pixels to do justice to the display. You can see the key specs of the FO48U, as highlighted by Gigabyte, above. Additionally, you might like to know that this monitors can offer refresh rates of up to 120Hz and this aspect of the monitor performance works with AMD FreeSync Premium to work between 40 to 120Hz with LFC. The response time is quoted as 1ms GtG. As well as its 2 × HDMI 2.1 and 1 × DisplayPort 1.4 (DSC), there is a built-in USB hub with 1x USB-C and 2x USB 3.0. On the topic of connectivity this monitor has a built-in KVM switch too.

As this is a gaming monitor, it comes packing ‘tactical’ game modes and features such as a black equaliser, crosshairs, frame counters, and optimised settings for various game genres. In everyday computing use, people might appreciate modes like PbP and PiP, plus the Eye Comfort settings.

Built-in speakers appear to be beefier than usual, with a pair of 15W speakers and a 20W subwoofer. This monitor comes with a TV style stand but is VESA 300×300 mountable for greater positional flexibility. You will need a mount that can hold 5kg.

Even though we saw this monitor launched in April, we sadly still don’t have any definitive word on pricing or availability.