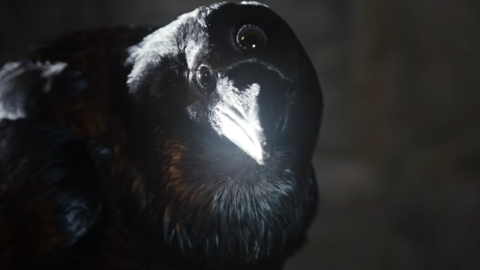 Game of Thrones veteran Bryan Cogman has shared a story about how difficult it is to get a movie made in Hollywood. Cogman, who was a writer and executive producer on HBO’s Game of Thrones and is now consulting for Amazon’s Lord of the Rings show, said in a Twitter thread that he pitched a movie about killer robots to 18 different places and each outfit said no.

Cogman said he got very positive feedback from nearly every place he pitched to, but in the end, no one wanted to buy his idea.

“Well, folks: pitched my globe-trotting killer robots movie (developed for over a year) to EIGHTEEN places, was told by almost all of them it was one of the best performed pitches they’d seen… But no one bought it. Grateful to pitch at all, believe me, but… damn. Onward!” he wrote.

As for why the studios rejected his pitch, Cogman said it didn’t come down to any concerns about filming a globe-trotting movie during the pandemic. Instead, Cogman said the main reason he was given was something along the lines of, “We’re developing something similar already.”

Well, folks: pitched my globe-trotting killer robots movie (developed for over a year) to EIGHTEEN places, was told by almost all of them it was one of the best performed pitches they’d seen…
But no one bought it. Grateful to pitch at all, believe me, but… damn. Onward!

Cogman said he’s sharing his story to help people understand that “there is no such thing as a ‘sure thing’ in this business.”

“But you gotta tell yourself what you’re working on IS a sure thing or you’ll never finish it!” he said.

There is a happy ending to this story, however, as Cogman said he was just recently given some “great news” about a different project he’s working on. “So … again, onward!” he said.

A number of writers and producers from Hollywood responded to Cogman’s story, including The Walking Dead producer Glen Mazarra who commiserated with Cogman. “It’s a business of rejection. But good for you for putting it all out there and moving on. That’s why you’re a master,” Mazarra said.

Game of Thrones showrunners D.B. Weiss and David Benioff hired Cogman as their assistant at the start of the show’s production a decade ago. Weiss and Benioff had no experience writing for TV before Game of Thrones, so they turned to Cogman. Benioff knew him as his nanny’s husband.

Cogman eventually became the co-executive producer for the entire Game of Thrones series. The 11 episodes he wrote for Game of Thrones is only eclipsed by Weiss and Benioff. He was instrumental to Game of Thrones, according to cast members and George R.R. Martin himself.

Sophie Turner, who played Sansa Stark, told Vanity Fair that Cogman was the backbone of Game of Thrones, while Jaime Lannister actor Nikolaj Coster-Waldau said Cogman is a “walking encyclopedia” of knowledge about Game of Thrones. Martin himself said Cogman was “the third head of the dragon” as it relates to his relationship with Weiss and Benioff.