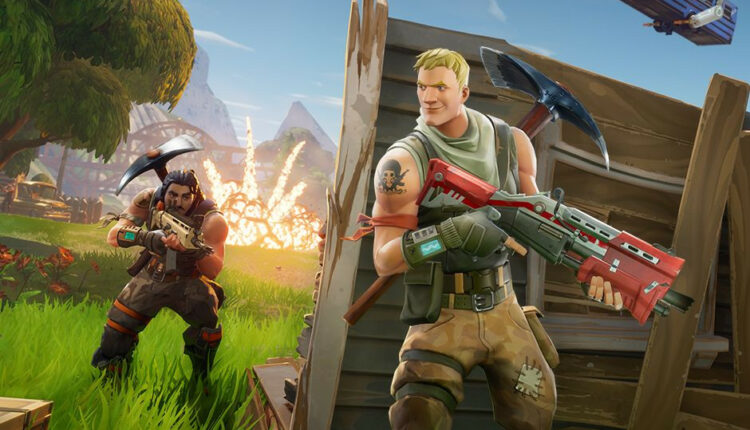 Games Inbox: The end of Fortnite, the Sonic the Hedgehog cycle, and Mario Kart 8 Super Deluxe

The Thursday Inbox tries to guess the final two Super Smash Bros. Ultimate characters, as another reader is pessimistic about Valve’s SteamPal.

To join in with the discussions yourself email [email protected]

All good things
So I see that Fortnite is coming up to the end of another season. I don’t play the game that much, but I’m always impressed by how it constantly manages to reinvent itself with new themes, gameplay influences, and characters. A lot of the skins are very random but the underlying story and the way you can now interact with non-player characters is really great and I think a lot of people underestimate it.

What I wonder now, as we presumably head towards Chapter 3 happening sometime next year, is when and how Fortnite could ever end? At some point it’s not going to be the massive attraction it current is and Epic Games are going to want to wind it down. I assume what they’ll do is just leave it on the final season and let people play it in that final state forever. Or maybe select what season you want to play from a selection?

Or maybe it will go on forever. World Of Warcraft is certainly heading that way and Fortnite’s graphics are a lot easier to update than that – and its gameplay is more malleable. I can’t see it surviving all the way to the heat death of the universe though, so what will finally put an end to Fortnite? I can’t even imagine.
Franky

Break the cycle
So we’re really doing the whole Sonic cycle thing again, eh? Except this time we’re setting ourselves up for even more disappointment, with rumours of multiple games and the forlorn hope that the big new one might actually be good. Do we never learn?

Remastering Sonic Colours (fine but it wasn’t that good) and releasing Sonic Collection #6031 I can believe but who seriously thinks they’re going to come out with a big budget new 3D game that’s suddenly able to compete with Super Mario? Unless they literally get Nintendo to make it I don’t see it.

Sega just aren’t the company they used to be in the 90s and nobody involved in Sonic has made a decent game in two decades. We’re never going to get a good 3D game unless a fan makes it, just like happened with the 2D Sonic Mania. But hey, maybe the new Netflix film will be good?
Diskun

Super Deluxe
Normally I’d say hoping for more Mario Kart 8 DLC would just be silly but given the problems of the pandemic, and how Nintendo needs to get more games out there, I could actually see it. Especially if they can then sell a new game named Super Deluxe, or something.

The original two DLC packs were fantastic so I would just go with another two of those. Maybe fold in more Nintendo franchises as well, like Metroid or Fire Emblem maybe. Have a split between new and classic courses and I will be there day one.

The absolute best would be if they could add in some kind of proper single-player mode as well, although I think that’s going to have to wait for the next sequel. I’m fine with that being on the Switch but given there’s only so much you can do with Mario Kart, in terms of new ideas, I’m fine with more DLC. Just keep it coming!
Haskus

They never learn
This isn’t a dig at anyone but saying what the best video game movie is seems to me like venturing into a farmer’s field and declaring which one of the numerous cow pats is the best. One might be better than all others but, essentially, they’re all still cow pats.

To put the movie industry in its place though just go and watch the new Synder fiasco Army of the Dead. It shows how bland, characterless entities with no emotional depth, fumbling around on a screen performing emotionless video game action sequences, can actually be far worse than anything we get in games.

Dear old Mr Plinkett reviewed the truly awful Picard series and brilliantly dissected the essential problem with decision making in the movie industry/ The industry, however, has had eras where movies were genuine works of art (not just the art house ones). Video game movies have all been terrible and I doubt even the affable Nathan Drake in video game character mode will transfer to the big screen without becoming generic Indiana Jones character model 101.
Andee

Fool me once… can’t be fooled again
Count me as one of the people that is very dubious about Valve making a PC version of the Switch. For starters, as GC pointed out, there’s already a bunch and they’re all pointless and super expensive (and Valve hardware tends to be expensive anyway). Valve will get bored of it after six months, just like they do with all hardware, and all you’ll be left with is an expensive laptop except nowhere near as versatile.

I’m sorry if this sounds negative but it’s just another example of big companies wasting time and money doing anything but making new games. Seriously, I wonder why some are even in the industry given how many excuses they make for not doing anything. And yes Microsoft, I am looking at you.
Taso

Surprise me
That is surprisingly early for Pokémon Legends: Arceus to come out, considering it looked very unfinished when they showed it off in February. But I guess it is proof that Nintendo could have almost finished games ready to go and be unveiled at E3. Anyone could really. I mean, what did we get for the new Perfect Dark from Microsoft? A pre-rendered teaser trailer and yet I have no idea when that game is coming out. Could be this year, could be three years away.

To be honest I prefer it like that. It can be off putting hearing about some games again and again before release and I much prefer to be surprised by what a game is (assuming it’s a good surprise, obviously). As someone pointed out, all of Lady Dimitrescu’s main scenes were shown in trailers long before Resident Evil Village came out.

Returnal, on the other hand, I’d barely heard of before it came out and found the whole thing to be an amazing experience, made better by the fact that I had no idea what was happening or what would be next. The best thing any video game can be, in my books, is surprising, and that’s made a lot easier if
publishers keep things to themselves until it’s nearly ready for release.
Gantz

Hero’s reward
If any GameCentral readers are on the lookout for a PlayStation 5 and you also work for the NHS check if your Trust is part of an employee salary sacrifice scheme, as some organisations have received stock of PlayStation 5s and, as an employee, you have a chance to obtain one.

For fairness, it’s only one per employee for most Trusts, and there may be high demand.
Zeeshan

Ending with a bang
So I see that Sakurai has said again that Fighters Pass Vol. 2 is definitely going to be the end of Super Smash Bros. Ultimate, which means there’s only two characters left to reveal. I imagine there’s a good chance one will be shown at E3, but I really have no idea who to expect.

If it was a normal company they’d realise they have to go out with a bang but the last character was two anime girls from a Nintendo game I’d never even heard of before, and I’m pretty sure I’m not alone in that. So I could easily see the next one being a bit of a nobody. Although if it is at E3 and Nintendo has new IP to announce there it could be a main character from that, although that’s probably hoping for too much.

Even Nintendo must realise that the last one has to be a headline grabber though. But who would be the most unexpected, impossible character? That’s got to be a third party one, so who is Nintendo least likely to work with? Sony seem the obvious answer to that and yet it’s so unlikely I just can’t imagine it. But count me as being all for a Sackboy or Astrobot appearance.

I think the only one that is unlikely but still possible has got to be the classic Master Chief in Smash suggestion. If that happens I can see the Internet breaking on the spot. Especially because of what it would imply about Nintendo and Microsoft’s ongoing relationship. Make it happen!
Rusty

Inbox also-rans
I’m struggling to play R-Type Final 2 on PC with a basic gamepad (The D-pad isn’t nearly as sensitive as I’d like). Any recommendations for a USB arcade stick?
Sven

GC: An arcade stick is going to set you back over £100 but you can never go wrong with a Hori. For a cheaper option, the 8Bitdo SN30 Pro+ joypad is pretty good.

How is Sony still getting new Final Fantasy exclusives? Surely this Dark Souls style game could’ve bene picked up by Microsoft instead? Are they made of money or not?
Red Velvet

This week’s Hot Topic
The subject for this weekend’s Inbox was suggested by reader Purple Ranger, who asks what game do you think has the best art design?

Regardless of the technical complexity of the graphics what game do you think has the most interesting and distinctive visuals? How important is a game’s art style to you and is it alone enough to get you interested in a game – or put you off one?

The question probably rules out anything that’s simply trying to be photorealistic, but you can nominate anything you like if you feel it has a strong enough visual style.