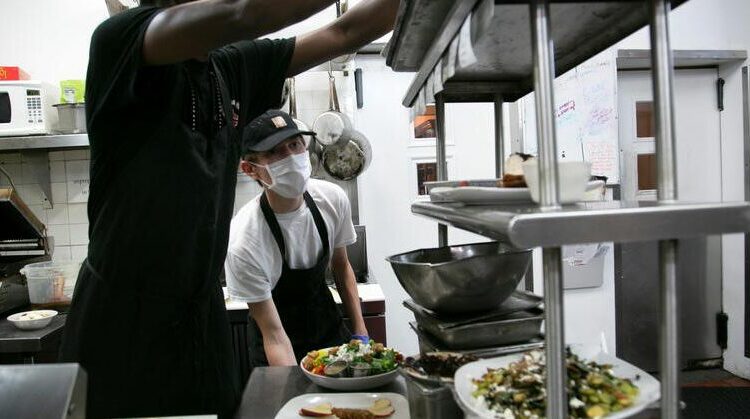 NEW YORK, Aug 25 (Reuters Breakingviews) – SPAC investors were indiscriminate at the beginning of 2021. At least one sponsor of special-purpose acquisition companies is hoping they still are. ShiftPixy (PIXY.O), a listed temporary-employment software provider with a market capitalization of $40 million, has cut the fundraising target for four blank-check vehicles it is backing. It looks like a last-ditch effort meant for yesterday’s market.

A ShiftPixy subsidiary is sponsoring the SPACs, all of which filed updated draft prospectuses dated Tuesday showing reduced target sizes. The quartet, all led by ShiftPixy boss Scott Absher and underwritten by a niche firm called AGP, now want to pull in $150 million each before setting about finding acquisitions. Aside from bulking up financially, one goal is to merge with businesses that can become ShiftPixy clients.

The question is why investors would open their wallets. SPAC issuance surged in 2020 and hit a peak early this year. But cautionary words from the U.S. Securities and Exchange Commission, market indigestion and a growing body of lawsuits that question aspects of the blank-check vehicle structures have slowed the pace of deals significantly.

Moreover, SPACs vary in their credentials. Some are sponsored by people and businesses with strong records, including, in some cases like ex-Citigroup banker Michael Klein, with established experience in blank-check vehicles specifically. Others – especially at the height of the SPAC mania – involved celebrities and less qualified sponsors seeking the supersized gains that are possible if a vehicle succeeds in raising money and finding a merger target.

ShiftPixy’s shares, floated in 2017, closed at $1.57 on Tuesday. They have lost more than 99% of their value since the company went public at $6 per share, adjusting for a 1-for-40 reverse stock split in 2019. Nasdaq has warned on occasion that the firm could face delisting, according to regulatory filings.

That means both ShiftPixy and its CEO, also its controlling shareholder, could use the boost SPAC sponsorship can provide. Yet potential investors are entitled to wonder how Absher, whose current business needs a reboot if the share price is any guide, has time for four blank-check vehicles. ShiftPixy’s record should also make attracting investment tough. The SPAC market might gain in credibility if it turns out to be impossible.

– Four blank-check acquisition vehicles backed by staffing services company ShiftPixy cut the size of their initial public offerings in revised filings dated Aug. 24. Of the four special-purpose acquisition companies, or SPACs, Firemark Global Capital had targeted the biggest raise, of $500 million, when it first submitted its paperwork in April. The vehicle said it is now looking to raise $150 million.

– All four blank-check firms are backed by ShiftPixy Investments, a wholly owned subsidiary of ShiftPixy, and Scott Absher, chair and chief executive of ShiftPixy, is chair and CEO of all of them.

Reuters Breakingviews is the world’s leading source of agenda-setting financial insight. As the Reuters brand for financial commentary, we dissect the big business and economic stories as they break around the world every day. A global team of about 30 correspondents in New York, London, Hong Kong and other major cities provides expert analysis in real time.