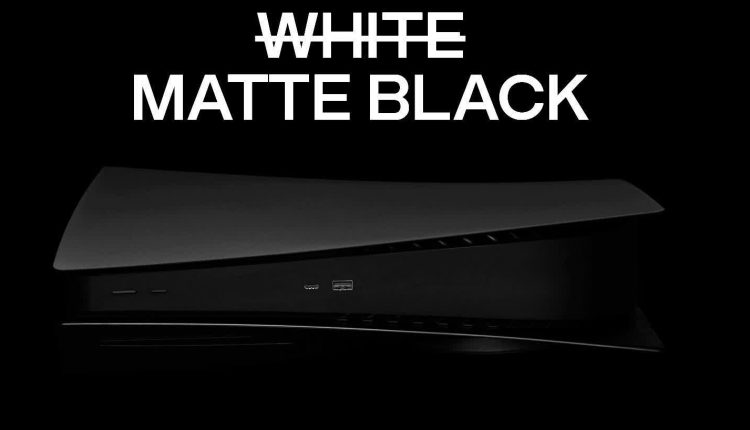 “Go ahead, sue us,” says maker of black PS5 faceplates

In brief: Businesses involved in PlayStation 5 customization haven’t had the most successful of times, but one firm is throwing caution to the wind by selling black faceplates for the console and is even inviting Sony to “go ahead, sue us.”

US firm dbrand’s PS5 Darkplates are now available for pre-order. Owners of Sony’s console can simply pop off its white faceplates and replace them with these customized black versions, making it look more like previous-gen PlayStations people know and love.

dbrand writes that the microscopic texture inside the Darkplates features “a familiar-but-legally-distinct apocalyptic spin on the classic PlayStation button shapes.” Let’s hope Sony agrees with that disclaimer.

Faceplate sellers have been stung by Sony in the past. In November, CustomizeMyPlates was forced to remove its products from sale and cancel all pre-orders following a legal threat from the Japanese giant. This came after Sony had already demanded the firm change its name from PlateStation5. CustomizeMyPlates.com currently sells peel-and-stick vinyl skins for the PS5.

While apparently not Sony’s fault, a company selling PS2-themed PS5 consoles canceled all its orders after staff allegedly received “credible threats to their safety.” SUP3R5 quickly disappeared off the face of the earth, deleting its website and twitter account, bizarrely. There had been an email sign-up so people could be informed when the consoles were ready to relaunch, but that’s also vanished.

dbrand will doubtlessly hope Sony takes its provocation in jest: the first three waves of Darkplates have sold out, with shipping taking place in February, March, and April. A fourth wave that ships in May is available.

Right now, only PS5 disc-edition Darkplates are available. They’re currently reduced from the usual price of $59 to $49. Custom faceplates for the digital-only console are coming soon.

How Many Times Will We Let Facebook Completely Abuse Its Power?