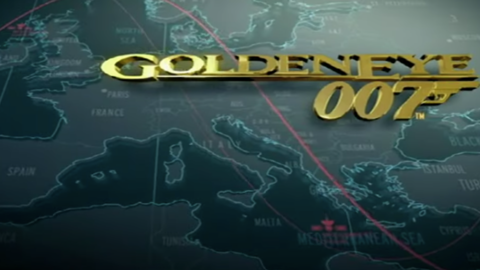 The James Bond rights-owners have shut down a fan project that was remaking the iconic N64 shooter GoldenEye with modern visuals and other updates.

The developers said in a video that the rights-holders, MGM/Danjaq, submitted a cease and desist order for the project, known as GoldenEye 25. They were ordered to stop work on the game and close associated pages by August 19.

“This was always in the back of our heads as a possibility but we’ve tried our best to keep going,” the team said. “Of course we will comply and want to thank for your ongoing support.”

While GoldenEye 25 is shutting down development, the team is starting a new game called Project Ianus (or Spies Don’t Die) that will pay homage to “all the beloved aspects of our favorite ’90s action shooter.” They will re-use assets from GoldenEye 25, but without any references to James Bond.

So many notifications it’s breaking Twitter, so sorry if I miss some questions/comments!

Some things we can still use:
🔹The watch menu
🔹Weapons and the ammo system
🔹Portions of levels
🔹Game code
🔹A large library of 3D models and textures.
🔹Sound effects pic.twitter.com/g5fd3lEKk0

GoldenEye 25 was being developed using Unreal Engine 4. It was planned to feature an enhanced single-player update and better-looking visuals, according to Nintendo Life. You can see a work-in-progress video for the Facility level above.

It has been quite some time since the last official James Bond game, 007 Legends, which was released in 2012. Two years before that, Activision released 007 GoldenEye, which was a modern reimagining of the original movie and game.

Forza Horizon 3 Will Be Delisted In September, And Is Massively Discounted

From the archives: Jonathan Pollard on 60 Minutes

Tenet Runtime Revealed, And Here’s How It Compares To Other Nolan Movies

The Last Of Us 2 Almost Had A “Previously On” Opening