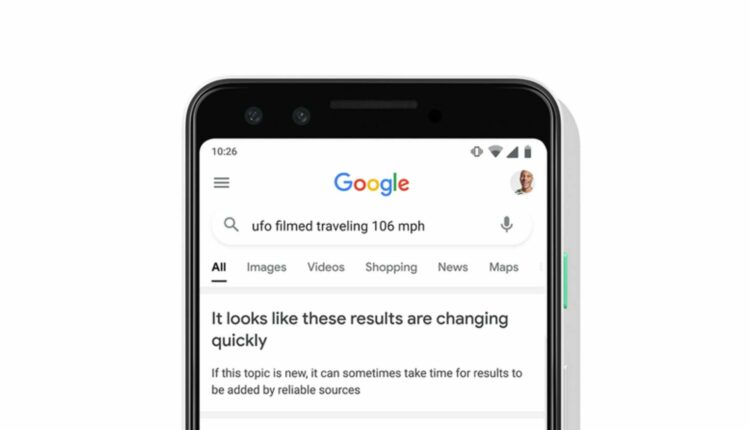 Google begins warning users when its search results might be unreliable Google has begun to issue a warning in Search in instances when results might not be reliable.

In a blog post, Danny Sullivan, Google’s public liaison for Search, noted that this warning will appear “when a topic is rapidly evolving and a range of sources hasn’t yet weighed in.”

In these cases, users will receive a message stating that “it looks like these results are changing quickly,” with a subheading explaining that “if this topic is new, it can sometimes take time for results to be added by reliable sources.”

Speaking to Recode, Sullivan noted that the warning will generally appear for searches with many recent hits but few from reputable sites. He cited a recent instance in Wales where a UFO sighting was reported and received little mainstream coverage but nonetheless spread rapidly among conspiracy theorists. In this case, a search for “ufo 106 mph” brought up the new warning, says Sullivan.

For now, Google says it’s only starting to officially roll out the Search warning in English in the U.S., although it will expand “these and other related features over the coming months.”