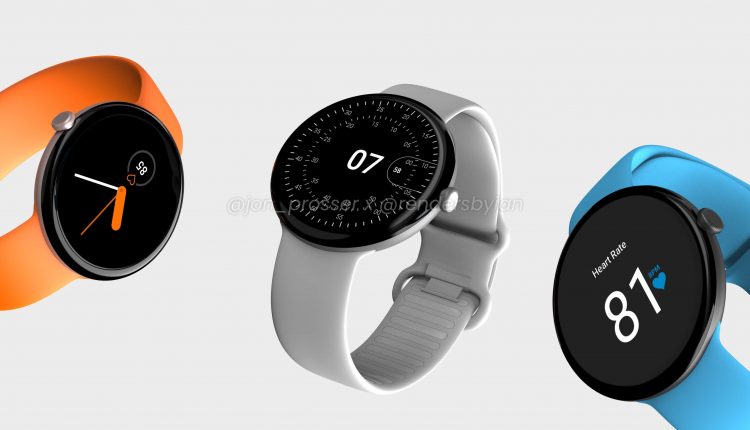 In context: Whispers about Google’s smartwatch started to emerge back in 2018, but up until now there wasn’t much to go on about the “Pixel Watch.” Now thanks to Jon Prosser, who is known as a credible source for Android-related leaks, we can take the first look at how the Google Pixel Watch might look and some of the features we can expect.

When Google sent out invites for the Pixel 3 announcement in 2018, many thought a showcase of the Pixel Watch was imminent, but then that didn’t happen. Three years have passed since then, and Google has yet to say anything official about the Pixel Watch, but this latest leak suggests the tech giant is still working on it.

Jon Prosser’s Front Page Tech has posted a new video showing the first rendered images of the Google Pixel Watch, giving us a glimpse of how it will look. These renders are based on photos that the leaker was asked not to share.

The video further informs us that there will be about 20 different bands for the Google Pixel Watch and that the display features a bezel-less round design. Similar to other Android-based smartwatches, Google’s device is expected to feature WearOS. Prosser also notes that the UI renders are based on the software seen on the photos, meaning it should be fairly similar to the final product.

There’s still much to learn about the Pixel Watch, but with Google I/O coming just around the corner, the company might shed some light on it. As for a release date, rumors point to an October 2021 release. Once it hits the market, it will most likely rival the Apple Watch Series 6 and other WearOS watches such as the Casio GSW-H1000.