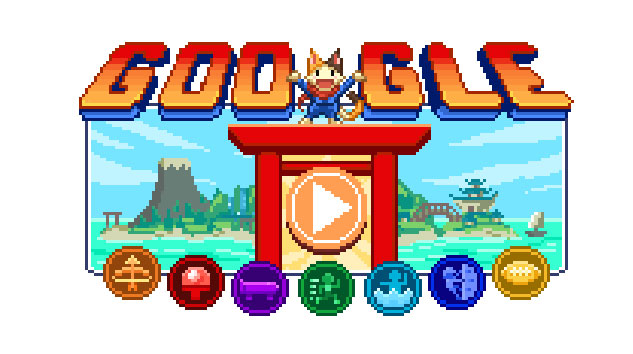 To commemorate the onset of the 2020 Tokyo Olympics, Google has released a new Doodle that is a full-blown sports video game called Champion Island Games.

The doodle is made by Google and animation studio 4°C  and puts you in the shoes of a cat named Lucky, who lands on an island filled with excitement and challenges.

In this interactive #GoogleDoodle, join calico (c)athlete Lucky as she explores a 🌎 filled with sports, legendary opponents, and daring side quests.

You’ll find mini-games scattered around on the island, including table tennis, skateboarding, mountain climbing, and many more. There are also a few sub-quests strewn throughout the island.

Completing the missions will rack up your trophy count, and overall, the game will take players about half an hour to complete. The game has stunning anime-like cutscenes made by Studio 4°C, who co-developed the game with Google.

Champion Island Games, according to Google, is the company’s largest interactive Doodle ever. The game can be played with a mouse and keyboard through or your phone and it supports controllers too.

It’s worth noting that you can close the game whenever you want, and it will resume from the same spot next time you want to play it.

Jadon Sancho: Is right or left wing his best Man Utd position? Or a liberator for Fernandes?