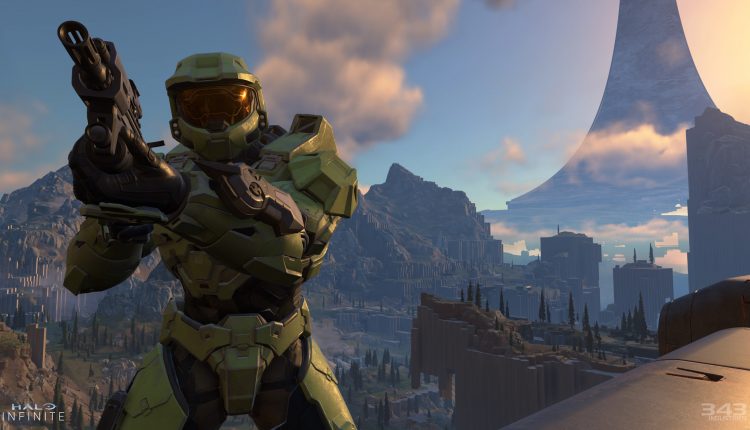 A reader pours doubt on Microsoft’s explanation for the Halo Infinite delay and blames it purely on the poor reception of its gameplay demo.

So, Halo Infinite has been delayed and the Xbox Series X won’t launch alongside a single new first party game (it already wasn’t getting any exclusives). That’s… not good. As someone that wouldn’t dream of buying a new console at launch, I don’t really have a horse in this race, although I don’t mind admitting that nothing Microsoft has done so far has impressed me.

Or rather the way they have said it has not impressed me. Everyone talks about how Phil Spencer is a nice guy and a gamer and I can believe that’s true, but there’s been a creeping sense of self-righteousness to a lot of their announcements lately, that I’m beginning to find increasingly off-putting.

The bizarre excuse about not having next gen exclusives because they’re somehow anti-consumer and ‘counter to what gaming is about’ is next gen doublespeak of the highest order. Next gen exclusives are the reason people buy consoles and have been since video games have existed. What Microsoft means is that they haven’t got any, so they’re not only going to pretend they don’t need them they’re going to try and convince you they’re somehow morally wrong.

Then there’s Halo Infinite’s delay. This was presented as a humanitarian gesture to ensure the developers aren’t forced to participate in ‘the crunch’. Bizarrely, many fans seem to have taken this at face value and congratulated Microsoft for being such a good employer, not once thinking that maybe… they might be lying?

I’ll quote respected Bloomberg journalist Jason Schreier, who stated that he’s ‘never heard of an AAA delay leading to less crunch’. I’ve also never heard of a global corporation who, with its make or break entry in a market it is in danger of losing its grip on, decides to ruin its product launch solely so that its employees have a good work/life balance.

That, to me, sounds about as feasible as purposefully not wanting to have a next gen exclusive launch game.

There is, of course, a much more obvious reason for why Halo Infinite was delayed. And that’s because, only a few days earlier, they showed it off in public for the first time and it became the laughing stock of the internet. Oh, but apparently, according to Microsoft, that had nothing to do with it and was just some kind of weird coincidence and they secretly knew it looked terrible all along.

Halo Infinite got delayed because everyone laughed at it, and if it had been released as scheduled they would’ve laughed at it even more and the Xbox Series X would have been sunk. By delaying it the game has a chance of turning out good and while the Xbox Series X launch will be ruined at least it will be a disaster easier to recover from – especially if Sony’s line-up is no good either.

It’s a simple as that. Microsoft didn’t make a decision to be nice to their employees or because Phil Spencer is a gamer and wants Halo Infinite to be the best game it can be. And it wasn’t because of coronavirus, as much as that might have been a contributing factor to the various problems. Coronavirus affected all companies and it didn’t suddenly get worse between the gameplay unveiling on 23 July and Halo Infinite being delayed on 11 August.

No, Microsoft took a cold, logical business decision based on the internet reaction to their showcase. And it was the right decision in my opinion.

And before anyone starts hand-waving away all these points because I’m a Sony fanboy, I’m not. Sony is just as bad in most of these areas (Naughty Dog is infamous for relying on the crunch) but they’re not the one that has been making all the mistakes lately and so they’re not the ones under the microscope either.

Perhaps Halo Infinite will be a great game once it’s finally finished but its unveiling and development has been handled in the worst way possible and gives me very little confidence in either it or the Xbox Series X in general.

Has Anything Changed for Black Women at Work?