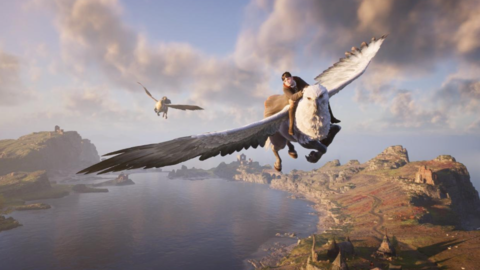 New details have emerged about the character creator for the upcoming open-world Harry Potter game, with a report claiming players can create transgender characters. Bloomberg reports that Hogwarts Legacy will begin by allowing players to create a character and assign a masculine or feminine voice, regardless of what their body looks like.

After making those choices, players can reportedly choose to be a witch or a wizard. What they choose will factor into which dorm they are chosen for and how other characters speak to them, according to the report.

Hogwarts Legacy is of course not the first video game to allow for greater representation and inclusivity with its character-creator. What’s notable here is that Harry Potter author J.K. Rowling has been criticized for her comments about transgender people.

Rowling is not directly involved with Hogwarts Legacy, and the story of the game was not written by Rowling.

Bloomberg reported that some developers on Hogwarts Legacy pushed for the new character-creation options to make the game “as inclusive as possible.” These developers are said to have fought for the game to include the ability to play as a transgender character.

“There was resistance from management at first, the people familiar with the project said, but currently the character customization is included in the game,” the site reported.

Reporter Jason Schreier said the trans-inclusive character-creator is part of the development plan for Hogwarts Legacy now, but nothing is set in stone.

Oh I should of course add the caveat that this game is at least a year away and anything can change, but this trans-inclusive character creator is part of the current plan

Hogwarts Legacy was also in the news recently when it was discovered that one of its developers at Avalanche Software made YouTube videos that were critical of feminism and social justice.

Hogwarts Legacy is set in 1800s Hogwarts, before both the Fantastic Beasts films and the original series. The game was originally scheduled to release in 2021 but Warner Bros. pushed the game to 2022.