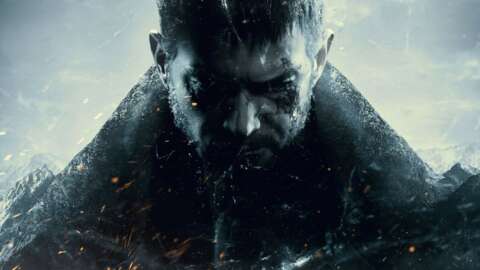 Resident Evil’s upgrade systems have largely been de-emphasized over the years so that players would be forced to rely on their wits and skill to survive, but Resident Evil Village is bringing some of those tools back for its protagonist Ethan Winters. As revealed in Game Informer’s latest cover feature, players will be able to hunt down animals, whose meat can be harvested and turned into a useful meal at Duke’s Kitchen.

Once prepared, the meal can offer a permanent buff for players, such as decreased damage. Killing a boar, a mountain goat, or poultry will require spending some precious ammo, so players will need to make every shot count. You can also do a spot of fishing, but since there’s no dedicated fishing system, you’ll need to reel the lake chickens in with your gun. The wildlife won’t take kindly to being hunted either, as Ethan could find himself on the receiving end of their rage over having a few bullets fired in their direction.

Players can also upgrade Ethan’s arsenal, as antagonists will occasionally drop the Lei currency when they’ve been defeated or precious items that can be sold to Duke. Resident Evil Village has plenty of hidden treasure throughout all four of its environments, and with enough cash you can upgrade Ethan’s pistol to be more accurate, fire faster, and hit harder.

The overall idea here is that using up Ethan’s precious ammo may be risky at first, but rewarding once you start investing in powering him up for the challenges that lay ahead of him.

Resident Evil Village launches for Xbox Series X|S, PS5, PC, Xbox One, and PS4 on May 7. Capcom recently confirmed that a new event showing off the game will be held on April 15, and if you’re wondering how it’ll look on older generation console hardware, here’s footage of it running on a PS4 Pro. For more info, check out our RE Village preorder guide.