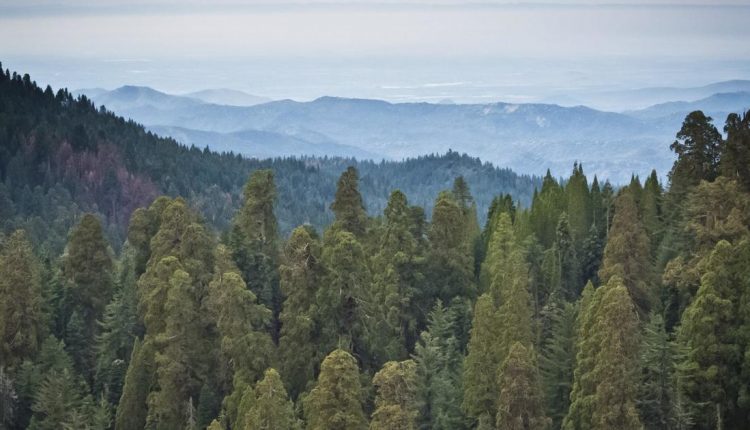 Hiker falls 500 feet to his death at Sequoia National Park

Going back in time at Sequoia National Park

Going back in time at Sequoia National Park

The 56-year-old man lost his balance and one of his hiking companions, a 45-year-old woman, grabbed him and both fell off the summit ridge of Mount Russell, but the woman was able to stop her fall on a ledge 30 feet below and survived, the National Park Service said in a news release.

A third member of the hiking party used a satellite emergency beacon to declare an emergency, and then called 911 from his cell phone.

The body of the unidentified victim, who is from San Jose, was retrieved by a rescue team and was transferred to a funeral home, officials said. The injured woman, who was also not identified, was transported by air to a hospital in Reno, where she underwent surgery.

Officials said when they received the emergency call, a Sequoia and Kings Canyon National Parks’ helicopter was already engaged in rescuing an unconscious hiker from the Big Five Lakes area. The parks responded to eight separate search and rescue incidents over the holiday weekend and last week, search teams in the park rescued a Texas man who has been missing for four days on Mt. Whitney.

Park officials warned they expected this summer to be “extraordinarily busy” and urged hikers to use caution.

“Visitors to the front country and the wilderness alike are strongly urged to prepare carefully for trips, and understand completely that you may need to be self-sufficient in the event of an emergency,” the parks said in a statement. “There is never any guarantee that rescuers will be able to reach you quickly. ”

Microsoft teases ‘what’s next for Windows’ event in June

Controversial question in English debate may have galvanized…