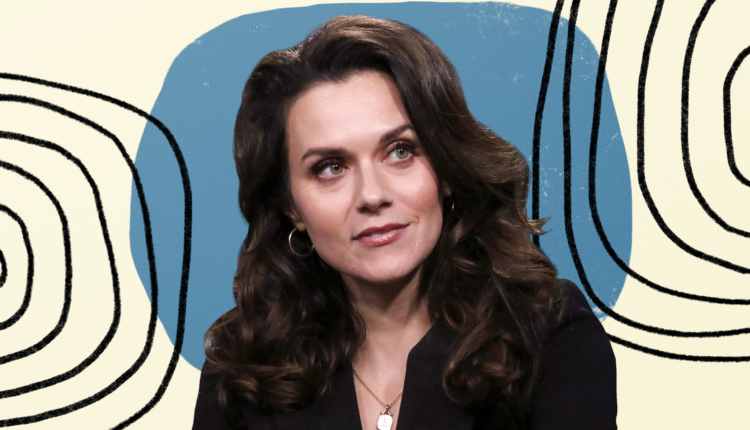 Hilarie Burton Morgan on the Problem With True Crime, Life on the Farm, and Her ‘One Tree Hill’ Podcast

What goes through your head when you see yourself on screen from 2003?

I’m much more forgiving than I was, let’s say, in 2008 or 2009. I can view that little animal on the screen as a completely different person from myself. So I’m much more sympathetic to her. And I just want to protect her and love her and tell her she’s doing okay. It’s a much more gentle process almost 20 years later.

We’re about to creep up on some horrendous hair. What’s great is that this podcast allows us the opportunity to give the fan base all that backstory and be like, “I went to a salon and they burned it all off. And I was mortified, but I had to keep doing this TV show.” So, yes, I see a little girl who’s trying really, really hard to be a grown-up. And I love her for that. And I’m also terribly mortified by some of the stuff that we had to do. I wear a lot of like, odd cheetah-print, creepy, schoolgirl-fantasy costumes in this show. And now that I’ve got a kid that is in his preteen years, I’m just like, “Oh, no.” It’s a good catalyst for having hard conversations with your kid.

Has he watched those episodes?

Oh, God no! He does not need to see his mother kissing everybody on the planet.

Does he ever ask about your work?

What he’s really interested in is the music side of it. He was very curious, like, “What’s a VJ? And what’s a record label that Peyton Sawyer is talking about?” Because in their world, people just release a song on YouTube or TikTok and it goes viral. So that old system is really interesting to them. He’s going through his Nirvana phase right now. So he’s like, “Oh, you were the emo girl. Cool.”

What’s new on the farm?

We’re having a fox problem right now. We just lost a bunch of chickens. And this fox is so bold. And so little Erwin, our new puppy, will be joining us within the next weeks, and he’s gonna be a farm dog.

My husband has been cataloging our interactions with The Sato Project. We got a dog from Puerto Rico 12 years ago while I was pregnant with my son. He was a jungle dog, total feral animal, like a coyote. He was hit by a car, and we paid his vet bills and then brought him back stateside. And now there is Erwin, a new little puppy who was also hit by a car and had to lose a hind leg. Erwin could be the answer to my fox problem. What if he’s ferocious? He was a jungle dog. He could be intimidating.

Has it been really nice living outside of the limelight?

I moved here in 2010. Before moving, I didn’t like the way young women were kind of forced to perform at all times going to the grocery store or going to the drugstore or going on a date, taking your kid to school, whatever. This community has been so wonderful and protective. When we moved out here, there was no such thing as Zoom; there was no Skype. You couldn’t audition. So all of the work that I’ve done has been through people remembering me and calling me saying, “Hey, I worked with you on this TV show. I’d love it if you would come and do this.” And that’s a really nice way to build a career because it’s based on your merit. And it’s based on your work ethic on set and your performances and your relationships with people. I’m not good at this song and dance, but I’ll show up for work and know my lines.