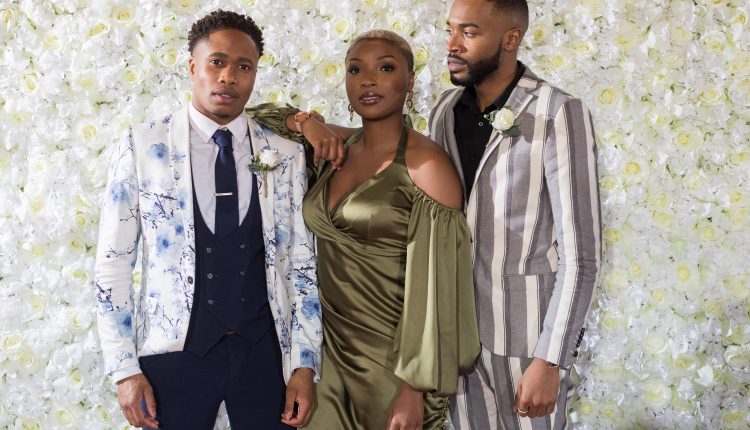 Hollyoaks returns to screens after a history-making hiatus, and it does so with a bang, as a shocking crime is carried out on the day of Mitchell Deveraux (Imran Adams) and Scott Drinkwell’s (Ross Adams) wedding.

The last of the pre-lockdown episodes (July 20) saw Scott and Mitchell prepare to tie the knot in a ceremony that was due to take place the following day.

However, Toby (Bobby Gordon) informed Walter (Trevor A Toussaint) about his grandson’s impending nuptials in an effort to cause trouble, and the religious man vowed to put a stop to the wedding.

When the Channel 4 soap returns to screens on September 7, it will do so in the present day, and it will soon come to light that a crime has been committed.

Scott, Walter, Felix (Richard Blackwood), Martine (Kelle Bryan) and Diane (Alex Fletcher) are all interrogated by the police, as they recall their version of events regarding the fateful wedding day, which transpired months earlier.

On the day of the wedding — which viewers will see via flashbacks — Walter refuses to accept that his grandson is marrying a man, and he later locks horns with Scott.

As the two come face-to-face, Mitchell begins to get cold feet.

Toby revels in causing mayhem, but it soon comes to light that Celeste (Andrea Ali) is having doubts about the pair’s revenge plan.

As the grooms are assigned to their room at the venue — Room 13 — Walter and Joel (Rory Douglas-Speed) have a heart-to-heart, but will Joel be able to make Walter see sense?

Scott and Mitchell walk down the aisle, and Walter arrives in the nick of time, but one of the triplets — fuming that Mitchell is once again getting a happy ending — sees red.

Mitchell later discovers that Toby attempted to sabotage the wedding, and — after animosity ensues — he heads for a lie down, but one of the siblings sneak into Room 13.

Later, Mitchell is nowhere to be found as Damon (Jacob Roberts) announces that it’s time for the first dance.

Meanwhile, one of the triplets discovers there has been a mix-up — and they’re horrified as a result.

Scott searches for Mitchell, and Damon gives a hand, while the aforementioned triplet attempts to cover up what has happened.

Also amid the wedding celebrations, Felix makes his choice between Martine and Lisa (Rachel Adedeji) — but who will he choose?

The biggest question is: what has transpired on the day of the wedding?

What’s more, why is everyone being interviewed by the police?

Hollyoaks returns on September 7 at 6:30pm on Channel 4, followed by the return of first-look at 7pm on E4.

Nadiya Hussain ‘scared’ to call out racism in her industry: ‘I’m a Muslim brown girl – it’s not my world’