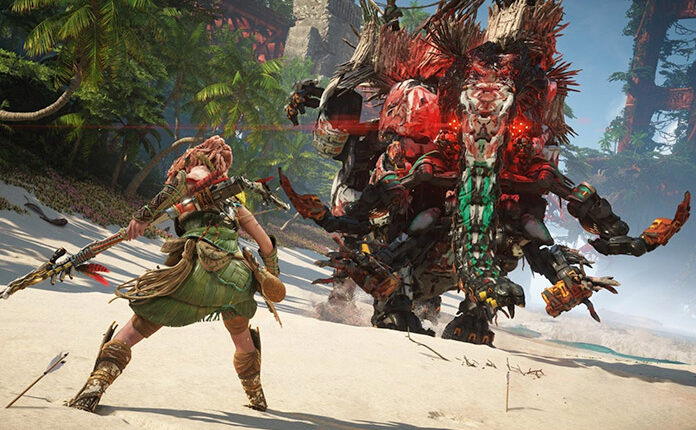 The biggest surprise though was the reveal that the game will be released not just on the PlayStation 5 but on the PlayStation 4 as well. As the clips showed were from the PS5 version, there was a question as to how such a graphically complex game would look and work on a PS4.

Speaking with Game Informer this week, the game’s director Mathijs de Jonge revealed that much of the development and playtesting on the game has taken place on a PlayStation 4 – doing so to “ensure that owners of that console have a great experience and the game will look fantastic on that console.”

The PlayStation 5 version “can go much further, of course” he says, describing the key differences:

“Visually we can add a lot more detail. Graphically, the rendering technique for the underwater scenes is special for the PlayStation 5, it has extra details and extra systems, like the wave technique is better on that system.”

The PS5 version will also make the most of 3D audio and the DualSense controller’s adaptive triggers. There’s also a cinematic-grade lighting system that the PS4 can only use in cutscenes:

In a separate interview with French YouTuber Julien Chieze, it was also revealed that the PS5 version supports a 60 frames-per-second Performance Mode (the presentation was shown at 30fps) though it’s not clear what adjustments will be made to accommodate this.