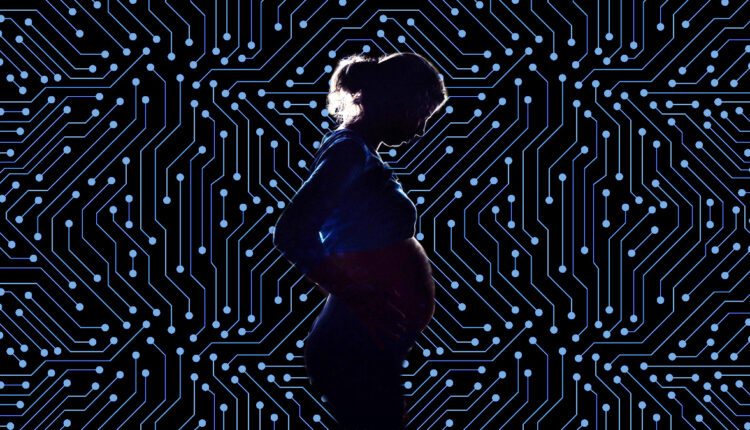 The high level of maternal mortality continues to be a major problem in the United States — one that has only been exacerbated by the Covid-19 pandemic. Research suggests that it can be reduced by a strategy consisting of three elements: 1) using electronic health records and artificial intelligence (AI) to predict which pregnant women are at high risk of experiencing complications while giving birth; 2) employing digital technology to better monitor patients during their pregnancies and improve their access to both routine and high-acuity care (i.e., more specialized and more frequent care) during their pregnancies; and 3) following the guidelines of the American College of Obstetricians and Gynecologists and referring them to hospitals that offer higher levels of maternal care. Implementing this strategy quickly will require academic medical centers and health systems, technology companies, and state and federal institutions to work together.

The United States has the highest maternal mortality rate of all high-income countries. Compared to women in Canada and France, women in the United States are twice as likely to die from childbirth complications. This crisis is especially pronounced in ethnic and racial minority populations: Black and Native American women in the United States are much more likely to perish from pregnancy-related complications than their white counterparts and are more likely to suffer severe maternal morbidity due to postpartum hemorrhage, hypertensive disorders, and sepsis. The impact of the Covid-19 pandemic on these groups is not yet known, but given the way it has exacerbated racial inequities nationally and globally, it is expected to have made the situation worse.

However, data from the U.S. Centers for Disease Control and Prevention (CDC) suggests that approximately 60%  of maternal deaths are preventable. A promising strategy to identify high-risk mothers and reduce deaths and childbirth complications includes:

Not only would this strategy improve outcomes, it would also significantly reduce medical costs. The medical cost of caring for severe maternal morbidity is three times that of uncomplicated deliveries, which according to various estimates, increases annual health care expenditure $825 million to several billion dollars annually. To turn this strategy into a national reality sooner rather than later will require academic medical centers and health systems, technology companies, and state and federal institutions to work together.

How Big Data and AI Can Help

In the past eight years, several studies have provided evidence that AI coupled with information from electronic health records can be used to help prevent maternal morbidity and mortality. In a study published in 2013, physician-scientists and CDC experts used large databases to develop a screening tool — a medical checklist of medical comorbidities — that could predict complications in pregnancy. And two studies published this year — one by researchers at Kaiser Permanente and the University of California, Berkeley and the other by researchers at Massachusetts General Hospital found that machine-learning algorithms using data from electronic health records could predict obstetrical complications.

In December 2019, even before the last two studies were published, Stanford University School of Medicine launched a pilot initiative at Lucile Packard Children’s Hospital in Palo Alto, California, to test the use of such a system. Here’s how it works: When hospitalized pregnant patients have their vital signs (e.g., her blood pressure) taken, the device used for the test (e.g., a blood-pressure cuff) automatically inputs the data into the patients’ electronic health records. Technology embedded in the EHR system then scans that vital signs data in all of the pregnant women’s records, identifies the women at risk of illness, and alerts the staff caring for them*. For example, this technology alerts doctors and nurses of obstetric patients at risk of hemorrhaging, so they receive the appropriate care in a timely fashion. (Most maternal deaths are due to a delay in care.)

The purpose of the Stanford University School of Medicine pilot was just to show that the technology could be used in this manner, which it proved. We did not measure its impact on outcomes and costs. Only one other U.S. hospital that we know of — the University of Michigan’s University Hospital in Ann Arbor — has tested such a system. Its initial study just tested the feasibility of the system, but a follow-up study it conducted showed that the system was better than humans in identifying obstetric patients at risk of hemorrhages.

A robust technology infrastructure that supports remote monitoring and virtual physician consultations can allow people who live far from a major medical center access to routine and high acuity medical care, both before and after birth. (A large proportion of maternal mortality occurs outside childbirth and the hospital setting.) Studies show that with the assistance of digital monitoring devices, patients are more likely to modify their behavior and follow up with and adhere to treatment plans.

One such device is the Apple Watch, which can use an integrated electrocardiogram app to assess cardiovascular health. (Cardiovascular disease is the leading cause of pregnancy-related deaths in the United States.) An Apple watch and iPhone connected to a medically validated, third-party blood-pressure device can also be used to monitor women with preeclampsia, one of the leading causes of maternal mortality.

But much more must be done to ensure that women from all socioeconomic backgrounds have equal access to such technologies. Indeed, early in 2021, CEOs of large U.S. companies called on President Biden to help address growing technology disparities among low-income, largely Black and Latino populations by taking several measures, including giving the entire U.S. population broadband access to the internet, creating a uniform federal privacy law friendly to business, strengthening cybersecurity, and taking a lead role in forging digital trade agreements and setting global data- and technology-policy standards.

Tech companies can do much more to help reduce both the digital divide and the existing disparities in obstetrics. By partnering with federal and state governments, university medical centers, large health systems, and leading physician-scientists, they can help develop and fund the kind of AI and surveillance technologies we have discussed and ensure that smaller hospitals and health systems serving poorer communities — and not just larger, richer ones that cater to more affluent communities — have access to these technologies. Together, these players can create an infrastructure and processes that greatly reduce the U.S. maternal mortality rate for women regardless of their socio-economic backgrounds, ending the crisis once and for all.

*Editor’s Note (8/10/21): This sentence has been updated to remove an incorrect reference to AI.

Konami’s PES is now ‘eFootball,’ a mobile-quality game for all platforms