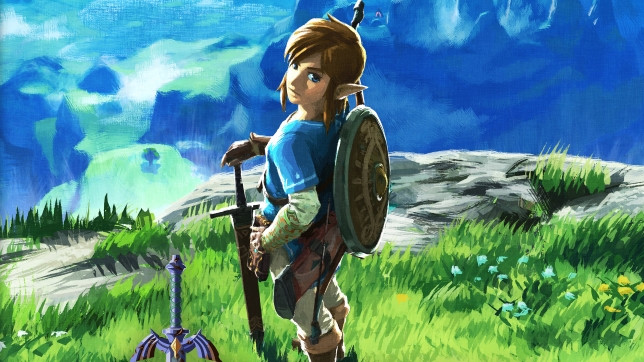 A reader explains why he initially traded in his copy of Breath Of The Wild and later came to see it as one of his favourite games ever.

The subject for this week’s Hot Topic is Zelda games. I’d planned to write a Reader’s Feature to profess my love for Breath Of The Wild for a little while now, so this seems the most fitting time.

I absolutely adore Breath Of The Wild now, but it wasn’t always the case. My journey to getting the most from this game wasn’t all plain sailing.

When I was younger, I never used to be much into gaming and Zelda games had never interested me. I played a little Link’s Awakening for the Game Boy, after I once borrowed it from a friend, but that had been the sum total of my experience of Zelda up until 2017.

Then in 2017 the Nintendo Switch launched alongside rave reviews for Breath Of The Wild. Later that year I managed to snag myself this shiny new machine and, well, I can’t say I was thrilled with Breath Of The Wild. I initially was enjoying it, I fumbled through the Great Plateau and started to explore Hyrule. However it wasn’t long before I became confused and frustrated by some of the mechanics and the lack of signposting.

In 2017 I was used to more linear games where it was more obvious what the next mission/objective is and how to locate it. I therefore found Breath Of The Wild mighty confusing, since the only thing the game tells you is to vanquish Calamity Ganon. I knew I needed to find shrines but that’s about it, I knew nothing of the four divine beasts.

To be fair, I didn’t pay much attention to online screen dialogue or cut scenes so might have missed some vital information. Even to this day I can’t say the game’s narrative or storytelling is particularly engaging. I also found the mechanics irritating. Climbing in the rain and breakable weapons are two of the gripes but one particular annoyance was trekking somewhere on horseback only to come across either cliffs or some kind of rocky incline, knowing that you would either have to make a sometimes lengthy detour or abandon your horse until you next find some stables.

So after trying and failing to grasp what the game was about, I gave up on it and traded it in, dismissing it as overrated. That was until last year when after I’d pretty much exhausted all my other options in terms of Switch games I was interested in, so decided to give it another shot. Safe to say this time round things clicked. I’d say it’s a contender for the best game I’ve ever played.

This time round I started from a new save file. In the few years between playing the game, my experiences with other single-player games, and especially those with a more open world setting gave me more confidence in how to play Breath Of The Wild. Also, I had a better understanding of how these types of games are structured. I think simply put; I was better prepared. When things really started to fall into place was though was when I encountered my first divine beast.

My first battle with a divine beast happened purely by chance. I believe it was the Vah Ruta beast. I basically stumbled into the Zora region unintentionally, whilst exploring. I probably would have turned back if I knew what was ahead, being woefully unprepared with few hearts and only basic weaponry. I was still getting my ass handed to me by mid or high-level enemies. But to my surprise I managed to get through the dungeon (with some help from the internet) with not too much fuss and then the subsequent boss fight also wasn’t too bad.

Not long after I somehow stumbled across a second divine beast, Vah Medoh. This was a little trickier since I didn’t factor in that I’d need cold resistance items, but again I managed to get through the challenge despite having to scoff all my food items, since my health kept depleting as I was lacking in any warm clothes or spicy food recipes. Before I knew it, and without the really trying, I was almost halfway through the game. That’s when I knew I could beat it.

This time round I had a completely new appreciation for the game. Things that I found irritating before, I now didn’t seem to mind. Breakable weapons could be frustrating if you found a real gem but it also encourages experimentation. The weapons are so varied. Most games are small gun, big gun, bigger gun. Breath Of The Wild has swords, spears, hammers and bows. Add into the mix elemental weapons and there’s a great amount of weaponry at your disposal. Nothing beats attacking a foe with an elemental weapon and seeing them explode in flames or turn to ice. Climbing can still be irritating in the rain but climbing gear and Revali’s gale helps greatly.

Even though I’ve finished the main game and vanquished Calamity Ganon, and made a sizeable dent in completing the shrines, there’s still so much I have yet to discover. I bought the DLC and the hero’s path shows large swathes of the map I am yet to discover. I only recently learnt that collecting Korok seeds can increase the size of Link’s inventory. I also stumbled across a shrine quest which involved stealing an orb from three different Hinox, in an area I hadn’t previously found.

The game isn’t perfect. Sometimes I think the difficulty veers towards frustrating rather than challenging. For example, I managed to beat the Champions Ballad DLC without much trouble, the Sword Trials on the other hand I have yet to beat. It took me so many attempts just to get past the first part that I’ve pretty much resigned myself that I’ll never have the skill or patience to advance further. In my view having to fight multiple Lynels with potentially limited resources is a far more daunting task than any divine beast (cue many ‘git gud’ responses). However, despite this, the game is magnificent in many other ways.

The shrine puzzles are for me possibly the best part of the game. It’s so satisfying when you figure out how to complete one and they really showcase the unique mechanics of the game. There’s nothing like the feeling of excitement when you find a new shrine (or the crushing disappointment when it’s a test of strength shrine). The music is also impeccable. Not only does it seem to capture the moment perfectly, the music changing for certain areas of the map and from day to night, but it even assists the player, as even if you can’t see any enemies the soundtrack alerts you not only to their presence but the type of enemy they are.

The game looks beautiful, which is even more impressive when you consider the game was also launched on the Wii U. To me a large part of this is due to the style of the game. Many games may be superior in terms of their graphical capabilities but Breath Of The Wild still manages to impress, I don’t think I recall a game that looks like it. But mainly the reason I love this game is its uniqueness and the sheer joy it brings. Paragliding from a height over vast mountains or dense woodlands always feels epic. Or discovering something new, like that you can use metal blocks to conduct electricity and use an enemy’s own weapon against them.

One final point. After my initial reluctance to embrace Breath Of The Wild’s open world I’m now fully on board. I love the fact that after the initial tutorial/great plateau area the only mandatory objective is to defeat Ganon. You could if you wish, go straight to this objective and complete the game, though it wouldn’t be wise and you’d miss some of the best the game has to offer.

You could then say everything else in the game is an optional side quest. On this basis I’d argue Breath Of The Wild is therefore the most pure open world game ever made. Writing this has made me want to jump right back in, I can’t wait to see the sequel. More of the same please, Nintendo.
By reader Matc7884


MORE : Why Zelda: A Link To the Past is still the best game ever – Reader’s Feature


MORE : The Legend Of Zelda 35th anniversary: a tribute to the best video game franchise ever – Reader’s Feature